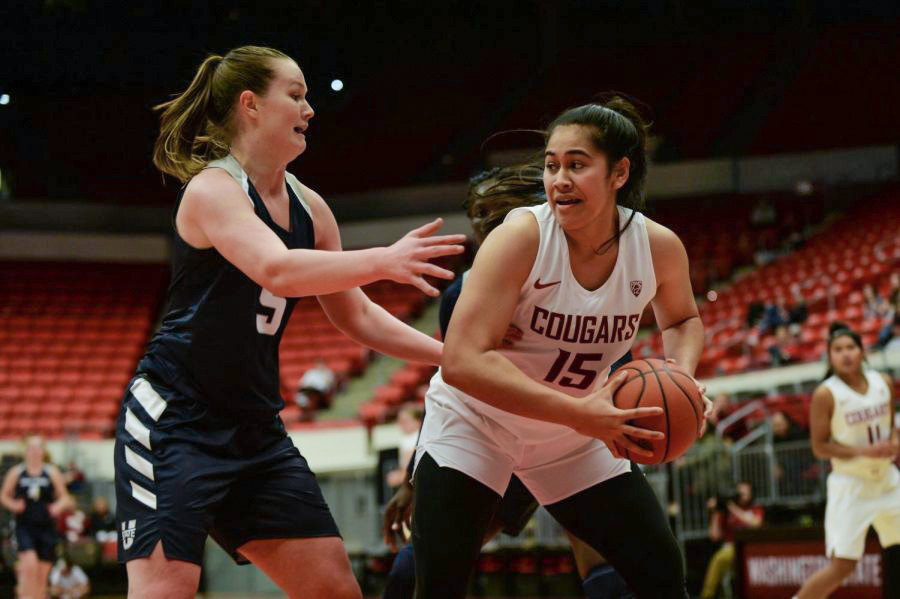 The WSU women’s basketball team is gearing up for a trip through the desert this weekend, as the Cougars are scheduled to pay a visit to the Arizona schools.

Following that game, the team will drive north to Tempe, Arizona, for the last scheduled road game of the 2020-21 regular season against the Arizona State Sun Devils (9-6, 4-6).

The Wildcats were ranked seventh in the AP polls the last time they played WSU. That game took place in Pullman, and the Cougars handed Arizona their second loss of the season, 71-69.

In that game, WSU found themselves down by more than 15 points in the second half, but the Cougs were able to rally back thanks to double-digit scoring performances by the Leger-Walker sisters, freshman guard Charlisse and redshirt senior Krystal.

The Cougars have dropped six of their last eight conference contests since that game. However, they recently collected an upset win against the No. 5 UCLA Bruins.

The Cougar’s road record is 4-3, and all three losses were tight contests with formidable opponents. WSU is yet to beat a nationally ranked team outside of Beasley Coliseum this season.

On the flip side, after their second loss of the season and first loss on the road, the Arizona Wildcats have rattled off four straight wins, two of them against No.10 Oregon.

In both of those victories over Oregon, Arizona held them to less than 60 points, which is impressive considering the Ducks have averaged 75 points per game this season.

Arizona has had four games in a row postponed, meaning the team did not step foot on the hardwood from Jan. 24 to Feb. 7. In that two-week stretch, the Wildcats were scheduled to play Colorado, USC, No.5 UCLA and Oregon State.

The team shook off the rust with a win against Oregon, and now are looking to defend their home court against WSU.

One hundred and nine miles away in Tempe, Arizona State is coming off of their first win in two weeks. The win was against out-of-conference opponent Southern Utah concluded by a final of 55-44. The last time the Sun Devils collected a win was Jan. 22 at home against Colorado.

Arizona State and WSU were supposed to play each other in Pullman on Jan. 8. However, the Sun Devils’ trip through the western states was postponed. That means that conference games against Washington, WSU, Oregon and Oregon State were all moved to another date.

Arizona State has collected eight of their nine wins at home but has suffered half of their losses there as well.

The Sun Devils have held onto a strong defense all year, with an underperforming offense. The Sun Devils average 55.5 points per game while allowing an average of 55.4.

This is compared to the Cougars average of 66.6 points per game and allowing 66.4. Ironically, both schools have outscored all opponents by around two points this season.

The game against Arizona State will be the last WSU road game scheduled for this season. However, the team did miss out on a chance to play the California Golden Bears both home and away.

Depending on what the Pac-12 decides to do regarding rescheduling conference play, the Cougars will finish out their season with three straight home games.

Tip-off against the Arizona Wildcats is at 6 p.m. PST, and the game can be streamed on the Pac-12 Networks website.

Sunday’s contest against Arizona State will be at 11:30 a.m. and can be streamed on Arizona State’s live stream.