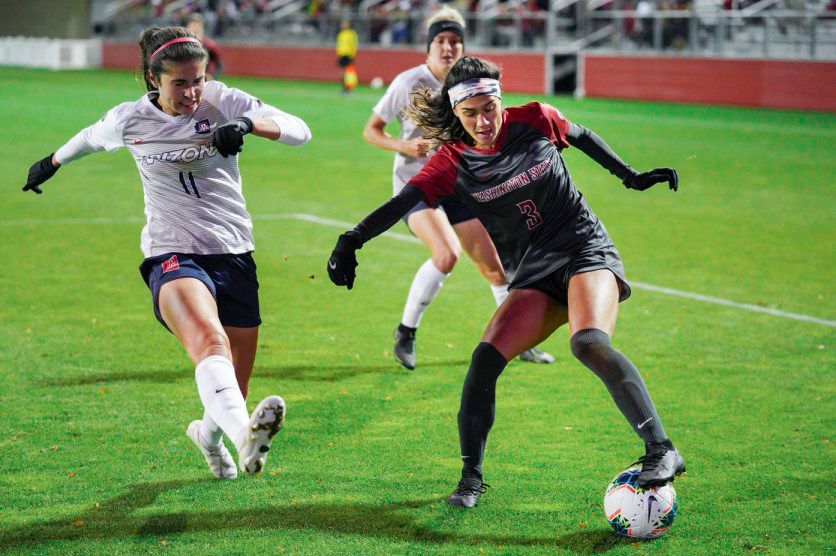 The No. 19 WSU soccer team is set to host Eastern Washington at 7 p.m. Friday at the Lower Soccer Field in Pullman.

WSU is coming off a 2-1 win in their first match of the year against the Seattle Redhawks at Championship Field in Seattle.

The Cougars look to improve their record to 2-0 and achieve their first home victory of the season, as the Eagles are competing in their first game of the season and hope to start out on the right foot against their ranked opponent.

Senior forward Elyse Bennett played a huge role as well, getting herself a goal at the 60-minute mark which proved to be the game-winning goal in the match. Freshman forward Margie Detrizio and Bennett also assisted on Gray’s goal at the 17-minute mark.

Bennett’s big performance on Sunday managed to make her top-five in the Pac-12 for goals, assists and points.

On the defensive end, senior goalkeeper Marissa Zucchetto, a transfer student from Texas Tech, made her Cougar debut with three saves that helped the Cougars transition on the offensive end. She also earned herself a top-five spot in saves on the Pac-12 leaderboard.

The Cougars are 5-0 all-time against the Eagles, with their best defeat coming in 2001 by defeating them 8-0.

After the Cougars’ Friday matchup against the Eagles, WSU will stay local to take on the Idaho Vandals Friday, Feb. 19.

Catch the Cougars host the Eastern Washington Eagles at 7 p.m. Friday on the Lower Soccer Field. Fans will not be allowed to attend, but the game’s live statistics can be followed at StatBroadcast.com.