Tabletop games are way to spend time with friends, escape from reality 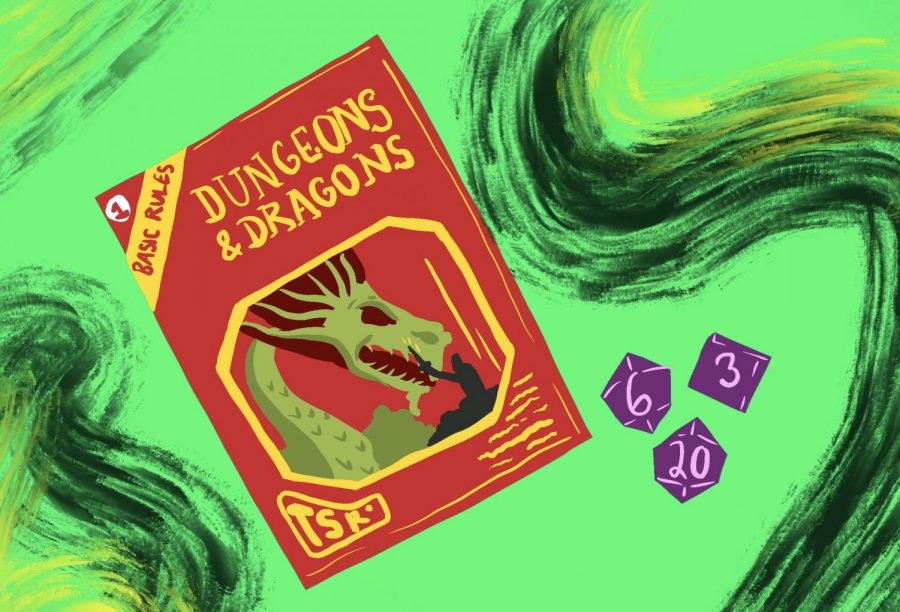 One of the more well-known tabletop games is Dungeons and Dragons.

I started playing Dungeons and Dragons toward the end of high school, driving up to a friend’s house and playing games downstairs until the wee hours of the morning. As we all graduated, we still played online using Roll20 to organize our campaigns. Tabletop games like Dungeons and Dragons are a great way to spend time with friends and can be pretty low budget if needed.

Andrei Obnial, junior digital technology and culture major, said the longest tabletop role-playing game (TTRPG) he’s played is Dungeons and Dragons but he has recently been playing City of Mist and really enjoys it.

“It’s more based on telling a story and making the players do something cool. It’s very player-centric. In short, it’s a superhero mystery noir,” Obnial said.

Around six or seven years ago, Obnial said he found a video about tabletop games and thought it was interesting. He said escapism is a big thing for him.

“It’s being able to take yourself away from everyday life and being someone else, just for a little bit,” Obnial said.

He and I both think that many other tabletop players will relate. From the Dungeon Master’s side, Obnial said he enjoys seeing the players have fun with the story he created.  As I am trying to do a small campaign with my roommates, I relate wholeheartedly.

Obnial said he thinks a lot of players don’t realize that scheduling, getting people together, getting players motivated to play and being motivated to do the DMing yourself, can be pretty hard. I agree, as doing a homebrew campaign leaves me in charge of everything. A homebrew campaign is content someone customizes that is not categorized as official.

Obnial said it can be especially hard as a DM to keep going when your players don’t seem into the story you provided. Fortunately, my group seems to be going okay so far even though this is my first time as a DM.

Because of that, Obnial said he thinks it is important for players to know what sort of campaign they want and for DMs to know what their players want. Players who want to loot may not enjoy a story-heavy, low-combat campaign and players who love stories may not want constant combat.

For new players with some prior knowledge, Obnial said they should keep in mind that stuff on YouTube doesn’t always reflect what an actual game is like. For example, people who watch Critical Role or other livestreams may be slightly disillusioned when learning not every campaign is like those.

For players who have no idea about TTRPGs in general, Obnial had different advice.

“Find someone who is willing and passionate about the game and just join them. A lot of veterans would love to have new players. New players don’t know the rules, they can come up with creative ideas. New players give that breath of fresh air,” Obnial said.

Obnial said playing tabletop can help put people in different shoes, especially when playing a character unlike themselves. For example, he said if you’re someone insecure, but play a confident character, it can help you get into a more confident mindset after the game.

He said he absolutely has made long-lasting friends through tabletop.

Gorda said he prefers homebrew, as it gives him more freedom, especially in world-building. He says he finds using modules, or pre-written adventures, constrain the players more.

Homebrew makes it easier to go off-script. Gorda said he enjoys homebrew campaigns more as he gets to make the world, the characters, and the story from scratch.

Being a DM more often than a player, Gorda said, is something he has come to prefer, now that he has gotten better at knowing the rules and writing new stories.

For anyone looking to get into a TTRPG, Gorda said he would suggest just jumping into it, try to find an established group and join in.

“I feel like in general the community is always eager to spread the game,” Gorda said.

Gorda said he thinks part of this is because the more people that are into the game means more people he can play with and more content likely to be produced.

WSU has a TTRPG server on Discord, of which Gorda and Obnial are members.

Gorda said he is currently running a game with people from that Discord server online, but does prefer the in-person sessions.

When writing homebrew campaigns, Gorda said he keeps his notes largely on Google Drive and currently has about eleven work-in-progress ideas to pull from should he desire.

He said he breaks them up into sections for overviews about characters, factions, player characters, et cetera, to stay organized.

Gorda said he prefers his campaigns to be story-driven as opposed to just dungeon diving and will often use milestone leveling instead of experience points to ensure players can level up without having to murder every non-player character in sight.

Tabletop is a great way to connect to friends, even online, given current circumstances, and is an excellent creative outlet. While there are countless books you can buy for games like Dungeons and Dragons alone, there are also plenty of free online resources. Imagination is all you need, although a pen and paper never hurt.