Senior Elyse Bennett has scored goals in both games this season 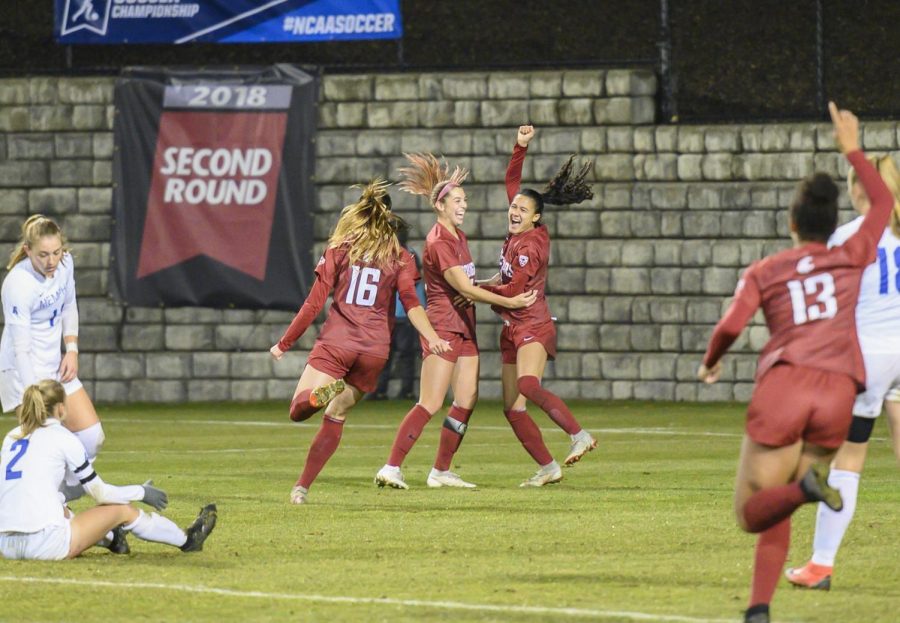 WSU soccer defeated the Eastern Washington Eagles 4-1 on Friday in their first home game of the young season.

Sophomore forward Grayson Lynch managed to get on the board with a goal assisted by freshman midfielder Marin Whieldon. This was the first match she played in six months after hip surgery.

Senior midfielder Makamae Gomera-Stevens also scored with a very nice strike that sent the Cougars to a dominating performance. She picked up her seventh career game-winning goal, moving into a tie for sixth all-time in the WSU record book.

Senior forward Elyse Bennett got on the scoring sheet as well, as she launched a ball on the end line. The angle that she took for the shot was impressive, to say the least, as it put the Cougs up 3-1. Bennett’s goal marked a score for the second-straight game, as she leads the team with two goals and one assist.

The Cougs ended the night with freshman forward Margie Detrizio calmly scoring her first career goal, assisted by Makenna McGill, to put the Cougs ahead with the final score of 4-1.

WSU improved to 2-0-0 on the year and 21-8-3 all-time in-home openers. The Cougs continue their four-game homestand against Idaho 7:00 p.m. Friday. The game’s live stats can be followed on the StatBroadcast website.