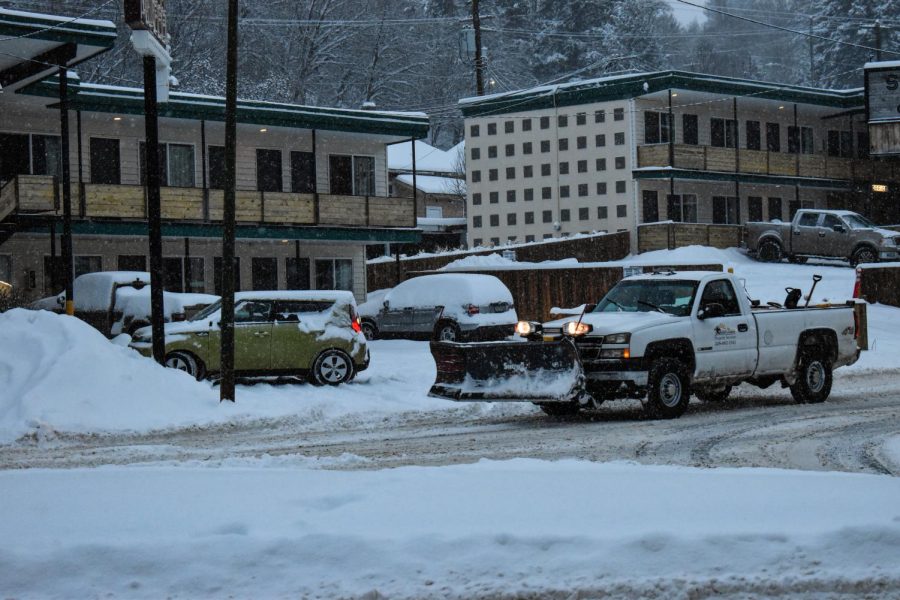 The Pullman Police Department is advising the public to avoid steep hills and only drive when necessary.

The Pullman Police Department responded to about 20 collisions since Feb. 8 due to the snowy weather.

None of the collisions were fatal. Pullman PD Sgt. Chris Engle said the number of crashes is fairly low despite the weather.

“The snow has been something else,” Engle said.

One bicyclist went to the hospital after sustaining minor injuries in a collision Feb. 11, he said.

The accident happened near Northeast Terre View Drive and Hopkins Court. Engle said a vehicle pulled in front of the bicyclist, who was going downhill.

Engle said people should drive slowly and make sure their tires are in good condition. Avoiding steep hills and finding a flat route is also important.

“Don’t drive unless you have to,” he said.