Cougars next tournament is the Bruin-Wave Invitational in Oxnard, California 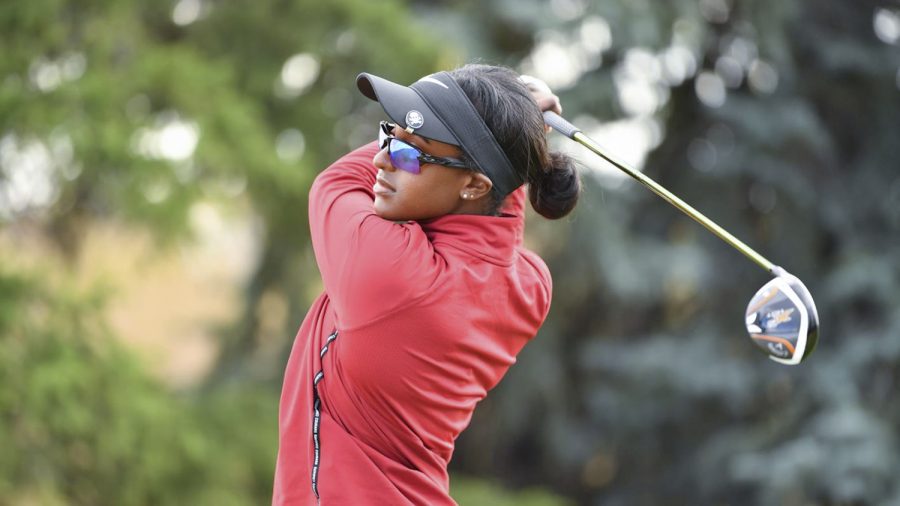 Sophomore Cameron March finishes her swing as she watches her ball's flight.

The WSU women’s golf team traveled to Scottsdale, Arizona and placed ninth in the Sun Devil Winter Classic this week.

The lineup for WSU was the same lineup as last week at the Lamkin Invitational located in San Diego. Fifth-year senior Marie Lund-Hansen was slotted at No. 1, while junior Darcy Habgood followed Lund-Hansen at No. 2. Rounding out the WSU lineup was junior Amy Chu, sophomore Jiye Ham and junior Cameron March.

“It has been a quick three-day turnaround between San Diego and ASU,” head coach Kelli Kamimura said. “With the change in weather, we have been preparing indoors and are looking forward to heading to Arizona to compete against a Pac-12-only field.”

Day one was a momentous day for the Cougars, as Lund-Hansen and Ham entered in the second round tied for 17th. Both carded one-over-par (73) during the first round of play. Ham collected an eagle on the par-five fifth hole on Monday. She also shot two birdies. Lund-Hansen posted a team-best three birdies during her first go-around at the Talking Stick Golf Club which helped boost the Cougars in team rankings.

Habgood, the junior from Australia, shot three birdies which helped her tied for 34th. WSU ended the first day of the Sun Devil Winter Classic in eighth place on the team leaderboard. The Cougars shot a 301 (+13) in the tournament’s opening round.

Chu also sat inside the top-50 on the individual leaderboard. March ended her day in 54th.

Day two remained the same for team rankings as the Cougars remained in eighth place after two rounds of play. The Cougars ended Tuesday’s second round carding 302 (+14). For individual standings, Lund-Hansen and Ham each found a spot inside the top-20 on the player leaderboard heading into Wednesday’s final round.

Habgood and Chu impacted the scoring for the Cougar lineup, as Habgood ended her day at four-over-par 76 while Chu carded 78 (+6). March managed to cut six-strokes off yesterday’s score, which marked the biggest improvement for the Cougars on the day. She carded 79 (+7) in the second round.

The Cougars are looking to improve heading into March 1-3. They will participate in the Bruin-Wave Invitational. The three-day tournament will take place at the Saticoy Golf Club in Oxnard, California.