Battle of the Palouse comes to Pullman

Cougars hope to keep leaning on senior forward Elyse Bennett, who has two goals, one assist this season 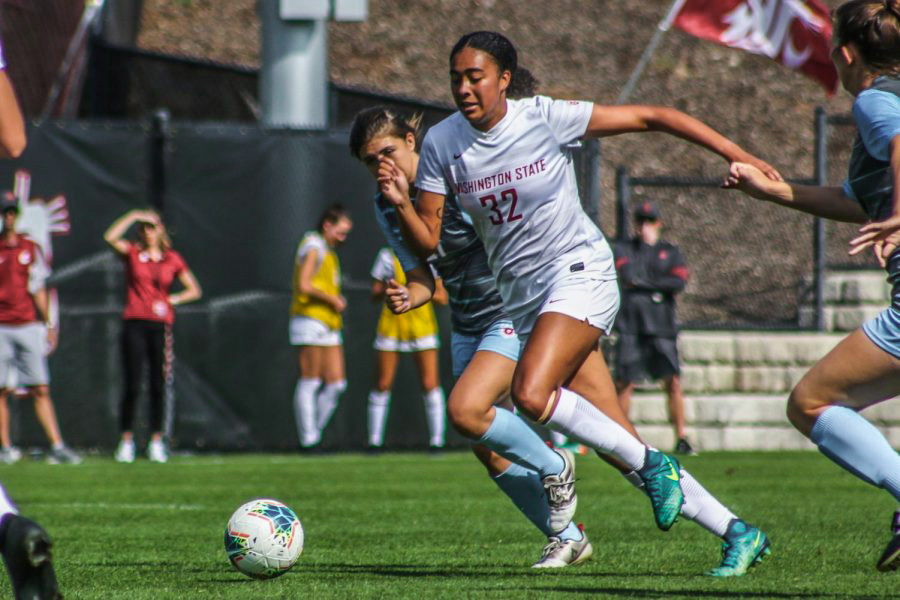 The WSU soccer team will look to improve to 3-0 on the season as they host Idaho at 7 p.m. Friday in the Battle of the Palouse.

The Cougars have been on a hot streak so far this year, beating Seattle by a score of 2-1 and Eastern Washington 4-1 as they continue to prove that they are one of the top teams in the nation.

Entering the week, the Cougars remained ranked 19th in the nation and the fifth-highest team in the Pac-12 trailing Arizona State, Arizona, Colorado and UCLA.

Senior forward Elyse Bennett has been on a role as the Cougars’ primary target up top as she has a team-best two goals and one assist in the first two games. Last season, Bennett obtained five goals and five assists, finishing third in scoring on the team.

Sophomore forward Grayson Lynch scored her first goal of the season just six minutes into the Cougars’ opening match against Eastern Washington after she missed nearly six months due to hip surgery.

The Cougars have not matched up against Idaho since 2018 when they shut out the Vandals 3-0. WSU holds a 12-1 record all-time, having won 12 straight including a perfect 7-0 record in Pullman. In addition to the wins, the Cougars have posted a 34-5 edge on the scoreboard, having allowed just one goal at home in seven games.

The Cougars will play at 7 p.m. Friday on the Lower Soccer Field in Pullman. The game will not be streamed or televised, but live statistics of the event will be posted on StatBroadcast.