One parent expects children to pay off loans themselves; another ecstatic about possibility for financial relief 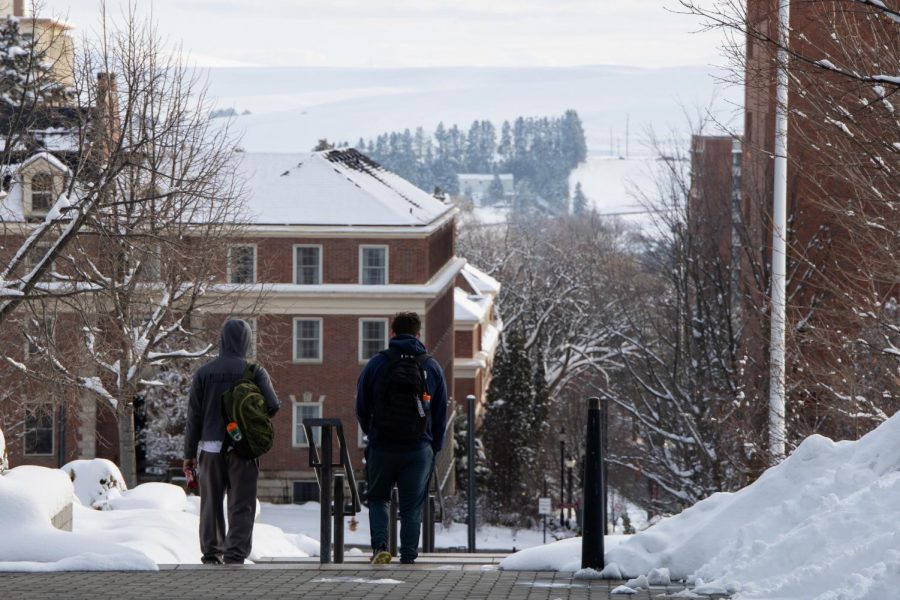 “It's been really hard on us trying to get them through school with all the expenses,” WSU parent Ginny Hundal-Halpin said. “I'm a single mom, so I'm trying to do what I can, but they've had to take out quite a bit of loans to help themselves.”

WSU parent Mari Bedsaul said she does not believe in loan forgiveness.

“If you sign on to go to a university and accept that cost, then you ultimately should be responsible for paying that money back,” Bedsaul said.

WSU parent Juli LeMaster worked to pay for her college education. LeMaster said she expects her children to figure out how to pay off their loans themselves after graduation.

Jonathan Eagle, plant pathology graduate student, said most economists would agree student loan forgiveness would stimulate the economy, whether it be $10,000 or $50,000.

“The people who want to spend money the most are going to be the people who just come out of college,” Eagle said. “They want to buy a house and they want to do all these things and then they’re strapped down by these student loans and they have to live like college students even after they graduate.”

People who do not have debt are more easily able to move forward with their lives, said Emily Antos, senior human resources and personnel psychology major.

Antos said that she is fortunate enough to not have any student loans, but still supports others who would receive loan forgiveness.

“I think it’s really selfish of people to not want to forgive student loans if they already paid them off,” she said.

Callan Lichtenwalter, Ph.D. animal science candidate, said she does not have loans to pay off but believes loan forgiveness would highly benefit those who do not have financial support from family or scholarships.

Shelly Bradley, WSU parent and administrative assistant for the WSU Office of Commercialization, said she is excited about the possibility of loan forgiveness.

Bradley said loan forgiveness could give students a fair start to their adult life without the massive burden of debt. She and her husband both agree that loan forgiveness should just cover tuition costs and not housing.

Students cannot control what tuition costs. However, they can decide where they live and what their rent budget is, she said.

WSU parent Ginny Hundal-Halpin said she is ecstatic that her sons may receive some financial assistance.

“It’s been really hard on us trying to get them through school with all the expenses,” she said. “I’m a single mom, so I’m trying to do what I can, but they’ve had to take out quite a bit of loans to help themselves.”

Hundal-Halpin said she would be supportive of the idea even if she did not have two children in college.

Students are working hard for their education. She said graduating with massive debt may hinder the start of their adult lives.

Cheryl Cobb, WSU parent and nurse, said she is supportive of student loan forgiveness and believes it could benefit the economy. Cobb has drawn money from her retirement fund to help pay for her daughter’s education.

“I want her to not start off her adulting life with a burden,” she said. “I can’t imagine what it would be like for someone just out of college to be dealing with harassing phone calls and not being able to pay [their student loans] and not have a way out.”