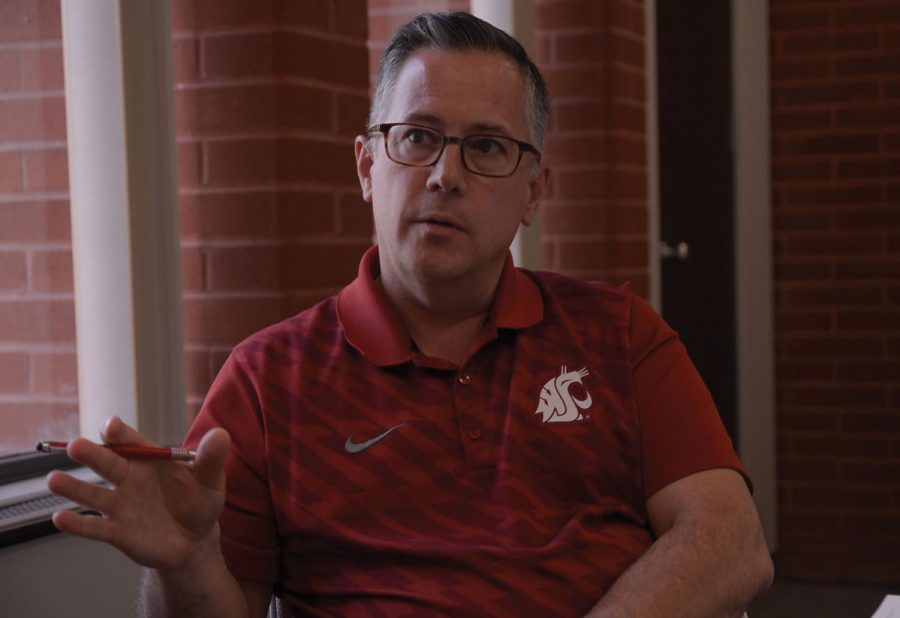 The council plans to look at current resource allocation in higher education around the nation to help them determine which budget model WSU will implement.

Members of the WSU Executive Budget Council are developing a mainstream budget model for all WSU campuses to better allocate university resources.

The EBC was created to make the budget model for the WSU system more holistic and transparent. There are fourteen members, said Elizabeth Chilton, WSU provost and council co-chair.

Chilton said the purpose of the EBC is to support the strategic priorities and goals of the institution. The council will also help support the WSU System Strategic Plan and One WSU system.

“We hope that [the council] allows us to think about where we can also build new resources, not just how we manage internally, but how we can better support financially and with fiscal responsibility, the WSU system, “ Chilton said.

WSU will work with the consulting firm Huron to help the university understand which budget model is best. Huron has experience financing and budgeting in the academic realm, said Phil Weiler, WSU vice president for marketing and communications.

Creating a consistent budget model for the WSU system will be difficult because some campuses are not as connected with WSU Pullman as others, Weiler said.

“There isn’t one model or approach that is universally accepted across various universities and colleges,” he said.

Weiler said the council needs to develop a system that will look over current costs of the university, track money coming through the system and determine where to allocate funds.

The council plans to look at current resource allocation in higher education around the nation to help them determine which budget model WSU will implement, Chilton said.

“Oftentimes, [universities] don’t take a cold hard look at how they’re allocating budgets and assessing costs,” she said. “You know they sort of do things because that’s the way they’ve always done them.”

Weiler said there were a series of important investments done over a short period of time prior to WSU President Kirk Schulz’s appointment. These investments include the Elson S. Floyd College of Medicine, Elson S. Floyd Cultural Center, WSU Everett and the Jordan Schnitzer Museum of Art.

WSU spent more money than they were making in revenue because of these investments. Weiler said the university spent money from their reserves for several years as a result.

To help make up for the deficit, the university launched a fiscal recovery program in 2017 called WSU Fiscal Health to reduce spending and put money back into the reserves. The idea for the budget council was created after the recovery program ended, he said.

Weiler said the council hopes to have a preliminary report about the proposed budget model ready by May 1 for students and the WSU community to review and provide feedback.