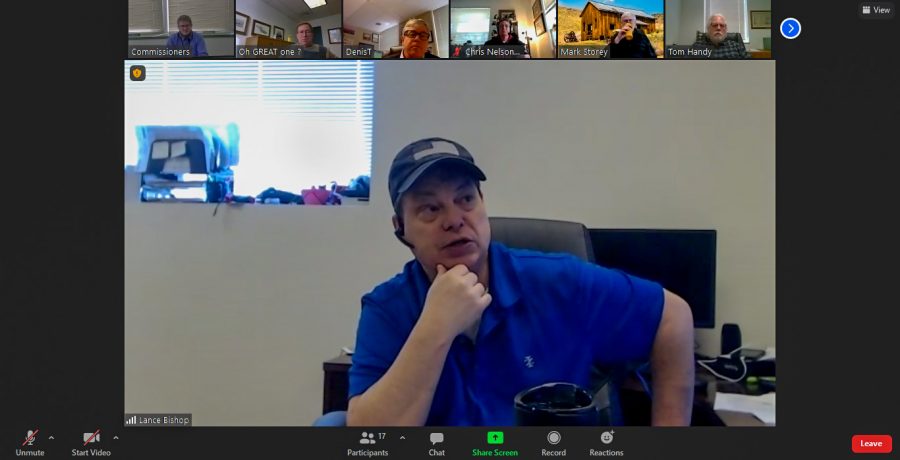 Lance Bishop, information technology director for Whitman County, said he is considering moving some of the county’s overall storage into cloud storage, which would increase the county’s available storage.

Whitman County Commissioners discussed a possible upgrade to the IT system in the Whitman County Courthouse to increase the amount of available technology storage and replace 30-year-old fiber optic cables.

The fiber optics cables in the courthouse tend to have a 25-year lifespan, said Lance Bishop, information technology director for Whitman County. The cables are degraded and can only handle 10 gigabytes of storage. When they are replaced, about 40 gigabytes of storage will become available.

Bishop said he is considering moving some of the county’s overall storage into cloud storage, which would increase the county’s available storage. This would help store data from departments like the Whitman County Sheriff’s Office, which currently has over 14 terabytes of stored body camera footage.

However, responsibility becomes difficult to determine when records are lost. Tracy said each elected officeholder in the county is responsible for the records in their departments.

In his office, Tracy said deputy prosecutors are expected to maintain every file for every ongoing individual case. When the case is done, then the file is stored for a duration of time — how long a record is stored is determined by the Public Records Act — before it is shredded.

The Public Records Act requires government agencies to make their records available to the public when requested.

If the county does not respond to a public records request appropriately because a record was destroyed or lost, then the county can be held legally and financially liable, Tracy said. In most cases, individual employees who are not elected officials are not held liable. However, if an employee purposely destroys a record, then they can be held criminally and financially liable.

Records lost or destroyed because of negligence are decided on a case-by-case basis, he said.

Bishop said he wants to know whose responsibility it is to maintain records like emails for employees who leave their positions, specifically Troy Henderson, former public health director for Whitman County Public Health.

“We take the email from whoever was in that position and we pass it over to the next person who takes over that position,” he said.

Tracy said emails and any other relevant records belong to the office, and it is important to not destroy any information in the records. In his office, email accounts are preserved by the IT department.

Whitman County Treasurer Chris Nelson said she recommends Bishop ask IT departments in other Washington counties what their policy is for the matter.

Swannack said he has some concerns about county departments managing video records but believes it is each department’s responsibility to manage their own.

Bishop said the IT department helps other departments edit their video when necessary.

“In my time, it hasn’t been a huge burden, it’s usually hit or miss,” he said. “It’s been a couple months that we’ve had requests for video help.”

Nelson said her department has had some requests from the Prosecutor’s Office to redact video footage from a record.

Tracy said it is rare that information would be redactable for a public records request.

Some of the county’s records are stored in the Washington State Digital Archives in Cheney, Marshall said.

Whitman County Commissioner meetings are not recorded, but meeting agendas and minutes can be found on their website.