Process switches between two modes depending on content of wastewater, which varies 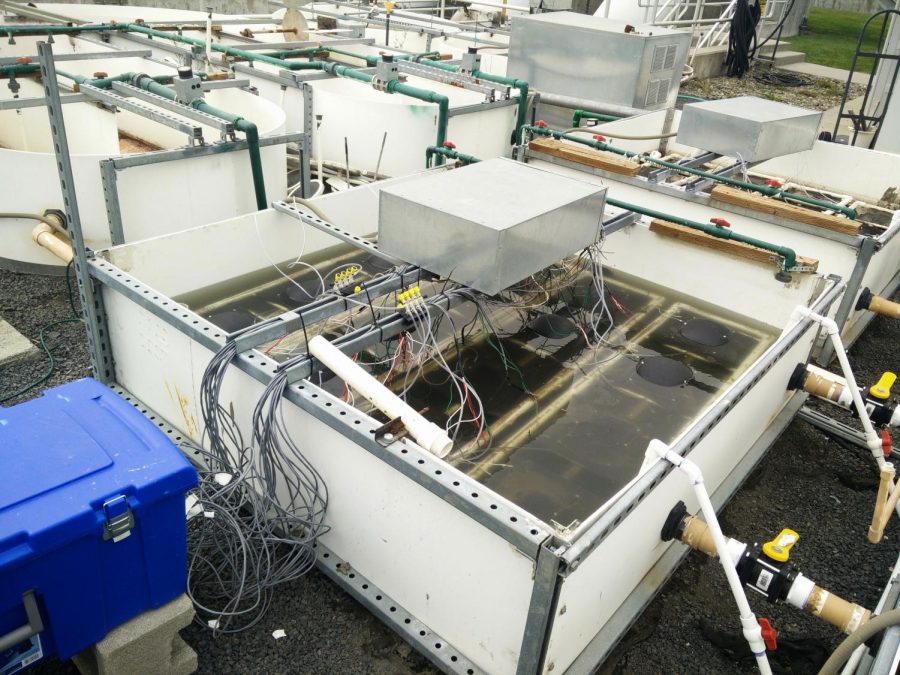 Wastewater is composed of organic materials, which bacteria consume to clean the water. Through this process, the bacteria create electrons, said WSU postdoctoral researcher Abdelrhman Mohamed.

The wastewater provides food for the bacteria but lacks the electron acceptor that is necessary. However, these electrons need somewhere to go, Mohamed said.

The traditional method of wastewater processing uses aeration. This is done with large blowers and mixers that incorporate oxygen into the wastewater. The electrons are accepted by oxygen, essentially allowing the bacteria to breathe, he said.

The metabolic process of breaking down food in humans is similar to how bacteria transfer electrons from wastewater to oxygen, Mohamed said.

“Basically, we break down food, we get electrons and energy from the food, and then the electrons have to go somewhere so we breathe oxygen. Wastewater is kind of the same thing,” he said.

Because aeration equipment requires lots of energy to function, it makes the wastewater treatment process energy-intensive, Mohamed said. Currently, water treatment accounts for up to two percent of the nation’s energy consumption.

In contrast, Mohamed said that the sustainable wastewater treatment system he created can function without any external power at all. In fact, it can generate energy.

“[Aeration] is a very costly and expensive process. Aerators and mixers take a lot of energy to operate. What we do is provide an alternative,” he said.

The bacteria do not transfer electrons to oxygen. They transfer the electrons to solid electrodes, which, in Mohamed’s process, is carbon.

Solid electrodes are a conductive material, so they will accept the electrons the bacteria produce.  The carbon electrodes are also solid and built into the technology of the wastewater system, Mohamed said.

The carbon does not have to be continuously transferred in as oxygen does, lowering the energy requirements of the wastewater process, he said.

Another unique aspect of the system Mohamed designed is that it can switch between two modes. He said this ability to switch is necessary because the content of municipal wastewater changes a lot, unlike in a lab setting.

“When we work with a real system with a lot of changing characteristics, sometimes these systems fail because they go out of the conditions they are designed to have,” Mohamed said.

The first mode captures electrons from the bacteria. The electrons are passed through an external circuit, like a battery, to generate energy. However, the system is not always stable in this mode, he said.

Wastewater is highly variable through the day and seasons, so when the system goes out of its set lab conditions it can be switched to the second mode, which is more stable, Mohamed said. Although the second mode uses some energy, it still uses less than aeration.

The second mode is something that can essentially fix the system when it goes outside of certain conditions, said Haluk Beyenal, professor for the Gene and Linda Voiland School of Chemical Engineering and Bioengineering.

“Simply, it is a kind of self-healing, powerless wastewater treatment system,” Beyenal said.

It is thanks to this switching ability that after having the system operate continuously for a year in a lab setting, the researchers were able to implement a second system in the Water Reclamation & Reuse Facility in Moscow, Idaho.

Through this research, they addressed the new idea of having a switchable mode that allows for more control of the wastewater process; however, Mohamed said there is still work to be done before we see this technology widely implemented.