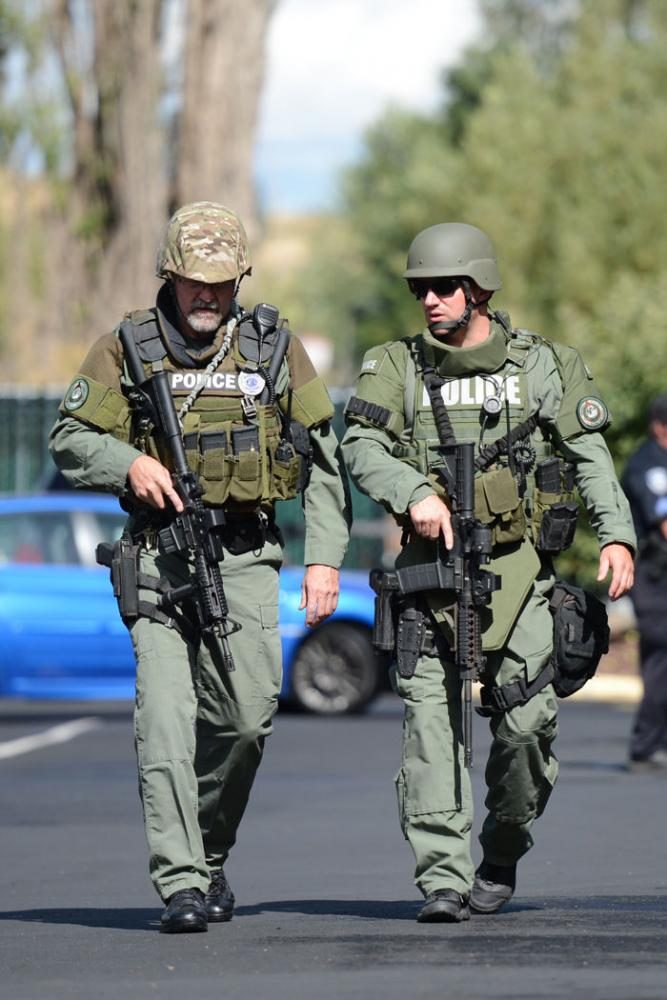 Forces from the Whitman County Sheriff's Department at the Quality Inn on Bishop Boulevard in Pullman.

Whitman Sherriff’s SWAT team responded to and negotiated with a man they believed was mentally unstable and potentially dangerous on Monday at a hotel in Pullman.

The 27-year-old man was in a room at the Quality Inn on Bishop Boulevard.

Pullman Police Commander Chris Tennant said the man was having a “mental crisis” and said there was a possibility he was armed. He also said police spoke with several of the man’s acquaintances and confirmed he had a history of owning firearms.

Tennant also said the man had been making threats to harm others, which is why SWAT was present.

The name of the man was not released because he had not committed any crimes, Tennant said.

Negotiators from the Moscow Police Department spoke to the man via telephone. The man came out of his room without incident.

Police took the 27-year-old into protective custody and transported him to Pullman Regional Hospital for mental evaluation.

Tennant was unable to confirm if the man had firearms and said the police department needed to acquire a search warrant first to search the man’s room for weapons.

Tennant said the man is from Montana but has family in Moscow.