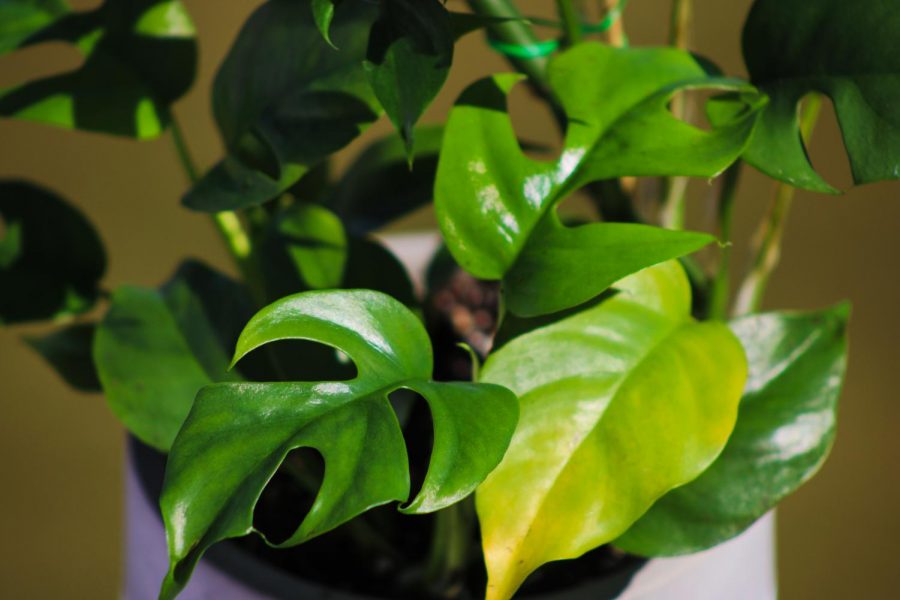 This plant was given the nickname Mini Monstera because of the holes in the leaves.

Plant friends, hello and welcome! This has been an exciting week for me personally because I added four new plants to my collection. So, I thought I’d share with you the one I’m most excited about: the Rhaphidophora Tetrasperma, or the Mini Monstera.

The name is kind of a lie because this plant is not a monstera. It’s called mini monstera because it has fenestration in the leaves just like a true monstera.

I bought a tetrasperma cutting in October but felt like he was looking kind of bald all around, so I bought him some brothers to fill the pot up.

I have this habit of naming things, and it’s something that I’ve just accepted. My tetrasperma is Paul. I felt a true connection with the plant and the name in case you were wondering.

Paul is in my north-facing window with two grow lights to supplement him, as are most of my plants. He likes bright-indirect light, so he’d be happy in a west or east-facing window.

He also likes to dry out between waterings, meaning the top inch or two needs to be dry. Depending on your home, that could be anywhere from a few days to a week or more. I have to water Paul every six or seven days.

Tetraspermas are easy to propagate, allegedly. You just cut below a node, which is that weird bump on the stem of the plant, stick it in water with some rooting hormone, and let the magic happen.

You have to remember to change the water out probably once a week to prevent rot. I followed all those steps and still lost my prop, but don’t let that discourage you.

One thing I didn’t know, which is supposedly common knowledge, is that these plants are climbers. I nearly had a heart attack when I found Paul collapsed in his pot, and I thought my cats knocked him over.

I posted it on my plant Facebook group (check out to see if you have one in your area, they are seriously so helpful and fun), and turns out when they lack the support they need to climb, they just fall over.

Ideally, a moss pole is fantastic for them to climb on. A moss pole is probably the best thing you could use, as it mimics something they would climb on in nature. It’s basically a PVC pipe, wrapped in sphagnum moss, that you tie your plant to. I keep mine damp so it’s not too harsh on the vines or leaves.

But I’m too lazy to make a moss pole for Paul, so he got a wooden chopstick. One day I’ll upgrade him to a moss pole or maybe a cool trellis or hooks on the wall, so he attaches to it, I’m not sure yet.