Search for the greatest: Madvillainy

Rap album analyzed; led to inspiration for other rappers 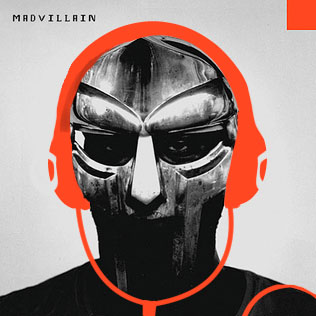 In 1997, a rapper named Zev Love X decided to return to music after a short hiatus. His brother, DJ Subroc, had recently passed away after being hit by a car. On top of this, their album got rejected by Elektra Records.

Instead of making a return to the scene as his ordinary self, he donned a metal mask similar to Doctor Doom from the Marvel Comics. Once he donned the mask, he changed his name to MF Doom. The new-look eventually created a living god among all rappers.

Later down into his career, MF Doom eventually ran into producer Madlib. The two collaborated under the name Madvillain, producing their only album together between 2002 and 2004. The project was pushed back because an unfinished demo was stolen and leaked onto the Internet. Frustrated, the duo split up for a while, focusing on solo projects before coming back to finish the album. Once they released their album called Madvillain, it morphed into a cult classic among fans of the rap genre.

Madlib produced most of the beats for the album while on a trip to Sao Paulo, Brazil. He only used a Boss SP-303 sampler, turntable and tape deck. The beats mainly sample records from jazz and soul, with a little bit of Indian and Brazilian records as well. Each of these beats are intricately constructed by Madlib, incredibly unique and mesmerizing compared to the usual beats behind modern rap songs.

The album uses samples from old cartoons to create a dialogue about the MF Doom persona, seen in the opening track “The Illest Villains” and the closing track “Rhinestone Cowboy.” The sample of an accordion track on “Accordion” and the chopped sample in “Raid” further display the talent of Madlib. The instrumentals on the album are hypnotic, sending the listener into a downward spiral.

MF Doom’s lyrical ability is akin to almost no one else in the rap genre. Most of the lyrics reflect on a wide range of topics, ranging from serious to goofy. The political track “Strange Ways” elaborates on MF Doom’s thoughts on police corruption and how the elites wage war through the pawns below them.

In contrast to this, the track “Operation Lifesaver aka Mint Test” features MF Doom ranting about a girl’s bad breath and how he wants her to take a breath mint. Tracks like these help elaborate on the themes behind MF Doom’s character, a villain who does not feel the pressures of society and expressing himself through any means necessary.

MF Doom’s rhyme scheme is demonstrated throughout multiple tracks on the album, with bars filled to the brim with pop culture references, alter egos and incredibly complex rhyming schemes. Arguably the most complex rhyme scheme comes in the song “Meat Grinder,” interluding multiple different schemes into one.

“Ever since ten eleven, glad she made a brethren

Then it’s last down, seven alligator seven, at the gates of heaven

Another showcase of his lyrical ability is on the track “Accordion.”

“That’s why he brings his own needles

And get more cheese than Doritos, Cheetos or Fritos

Your first and last step to playin’ yourself like accordion”

“A teenage love that didn’t feel no hurt yet

My boys warned me you was poison like BBD first cassette

And still I put all my chips on the worst bet

Gave up the skirt, now I gotta hear it from the street

How dare you drag my name in the dirt and cheat”

The result of all of these factors is a rap album unlike any other. MF Doom is often regarded as “your favorite rapper’s favorite rapper” for a good reason, as he single-handedly inspired other artists. Rappers like Tyler, the Creator, Earl Sweatshirt, and Danny Brown cite the album as inspiration for their work. The album’s production even caught the eye of artists not related to hip-hop like Radiohead’s Thom Yorke.

Unfortunately, MF Doom passed away last Halloween from unknown causes, taking his natural-born ability to create rap music with him into the grave. His collaboration with Madlib is his magnum opus, and the project will always be remembered as mythical in the rap community.