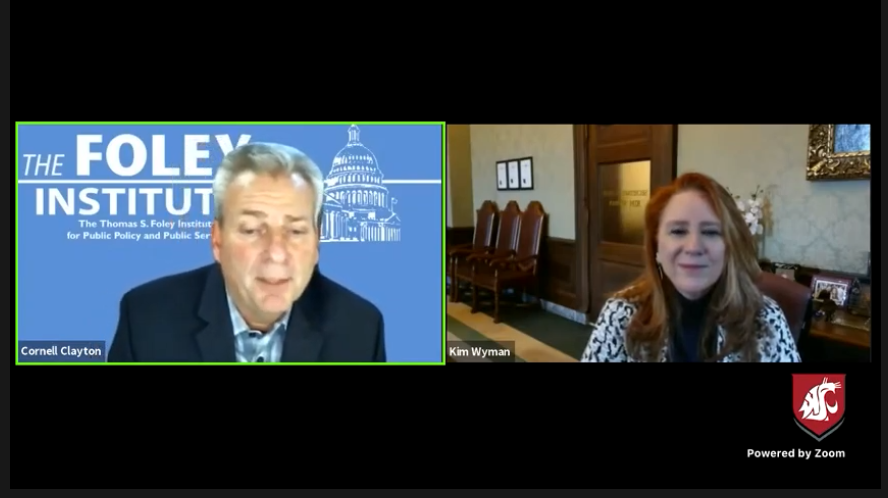 “Election officials in my last 30 years of working here have really focused on having compensating security measures in place so that when somebody criticizes something, we can show them that these processes are secure,” said Secretary of State Kim Wyman.

Wyman is the second female to hold the position of secretary of state in Washington, said Cornell Clayton, director of WSU’s Thomas S. Foley Institute for Public Policy and Public Service.

By integrating new programs, voter registrations are easier to organize and keep track of, she said. This makes the voter counts more reliable.

“I think when you look at the last 50 years, that’s what election officials have spent a lot of time doing — trying to build in the controls,” she said. “If someone makes a claim of voter fraud, we can disprove it.”

In 2008, one in eight voting registrations had technical errors in them, Wyman said. This meant the information was less than reliable.

Starting in 2012, the cyber program Electronic Registration Information Center was introduced. She said ERIC acts as a way to combine information statewide to keep track of deaths, as well as address and name changes. This program is now being used in approximately 31 states, including Washington.

“VoteWa predates 2016 because we knew that what we had was vulnerable because it was old,” Wyman said. “We knew we needed multiple layers of firewalls.”

The thing most people were worried about at the beginning of 2020 was foreign interference on elections, Wyman said. Something she focused a lot on was overcoming misinformation or disinformation about the elections.

She said this was a big focus last year, among the pandemic, wildfires, hurricanes and civil unrest.

The end of 2020 closed off in the same chaotic manner, Wyman said, with arguments breaking out over the election.

“We had candidates and campaigns who started making pretty robust, in my opinion, baseless and oftentimes misleading and nonfactual complaints of rampant voter fraud,” she said.

In order to remain civil, Wyman said the best way to tackle discussions about election security is by talking about facts.

The most important thing the Office of the Secretary of State does is oversee the Washington Administration Code for Election Law, overseeing the governor’s written bills.

“Election officials in my last 30 years of working here have really focused on having compensating security measures in place so that when somebody criticizes something, we can show them that these processes are secure,” she said.