‘End Racism Now’ mural back at square one 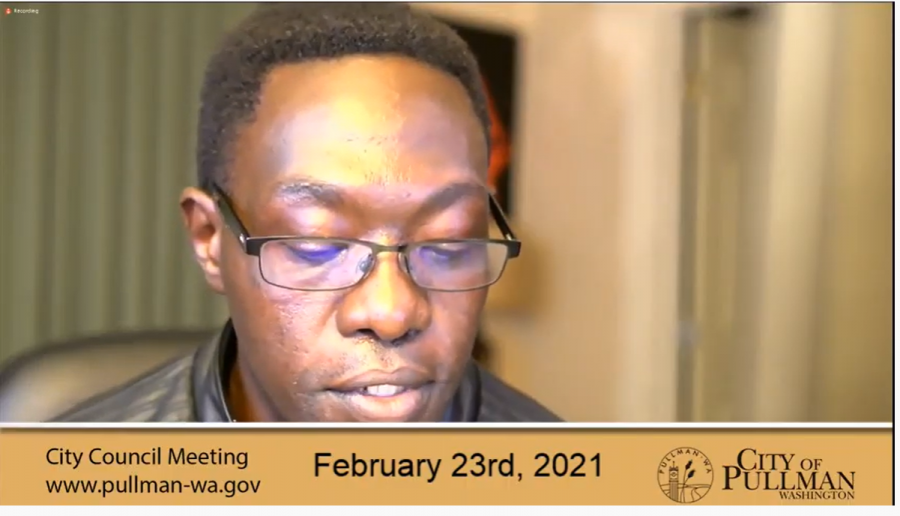 The Pullman City Council voted 5 to 2 to approve restarting the submission process for the “End Racism Now” mural with clearer requirements for artists.

Three artists submitted seven entries. However, two were withdrawn from one of the artists, she said.

On Feb. 9, commissioners met to review submissions, Bailey said. Their recommendation for the council included extending the call period for one month while also recommending submission five.

She said submission five has a rainbow background with the phrases “End Racism Now” and “Black Lives Matter.”

The council approved the creation of a subcommittee with three city councilmembers to establish defined criteria and more direction for the submission process. However, the art commission will be responsible for creating the call.

The commission originally recommended painting the mural on the retaining wall at Spring and Main streets. However, councilmembers approved delaying the decision about the location.

Councilmembers decided the subcommittee should report back at the March 9 council meeting.

“I don’t want this to be where we just put up a mural, pat ourselves on the back and say we did it,” Councilmember Dan Records said. “We need to have a longer conversation to put things in place as a city to create a structure that people feel like they have a voice and a place to go with that voice.”

During public comment, Rob Ndambuki shared his experiences with racism in Pullman.

Ndambuki, a local business owner, said he moved from Kenya to Pullman about 20 years ago.

When he worked at a nursing home, he took care of an elderly man who was at the end of his life. The man would often speak about his family owning slaves, Ndambuki said.

“He was surrounded by Black people who took care of his every need,” he said. “Only now he was paying them.”

As a 14-year-old, she logged into Facebook and saw her first glimpse of protesting. The video displayed people in the street being hit by a truck, Ndambuki said.

She said she read comments saying if they would have followed the law, they would not have been hit. The comments upset her and Ndambuki responded, which led to an influx of angry messages and threats.

“It was so angering for me because the message was so far lost to them that they weren’t willing to consider human life,” Ndambuki said. “Thousands of people replied to my comment and messaged me personally, calling me the worst things and that I should be lynched like the old days.”

Councilmember Pat Wright said three art commissioners resigned because of problems stemming from mural discussions. She said the council took some missteps during this process.

“When I look at everything that we did, it starts with us, and eventually, it ends with us,” Wright said. “We were not very clear about what it was that we wanted.”

Councilmember Al Sorensen expressed concerns about the commission not allowing more public thoughts to be heard because they mostly advertised on social media.

He said community members came to him with opinions differing from those expressed on those platforms and in public comment.

“When it comes down to it, does any life matter more than another?” Sorensen said.

“If you have to ask if all lives matter, then you really don’t understand what Black Lives Matter is about,” Councilmember Ann Parks said.