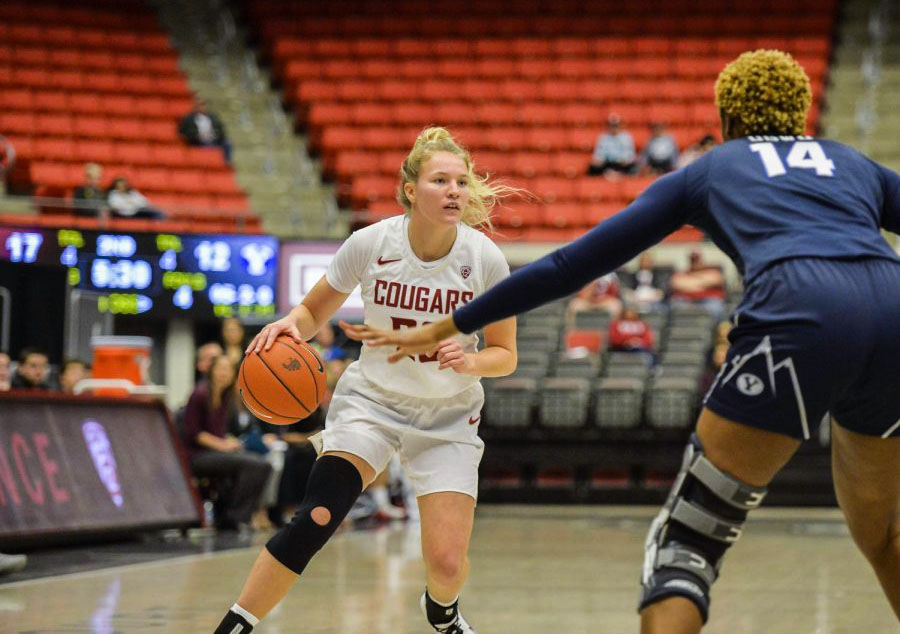 The Huskies were WSU’s first opponent this season when the two schools faced off on Dec. 11 in Seattle. That game resulted in a 60-52 Cougar victory.

WSU was picked to finish dead last in the Pac-12, while Washington was projected to end the season with AP Top 25 votes.

However, the schools switched spots, and it was the Cougars who earned a Top 25 ranking by the midway point of the season, while the Huskies currently sit as the eleventh seed in the conference.

It has been a season to forget for the Washington women’s basketball team, all while WSU has been making history all year long.

The Huskies suffered an eight-game losing streak in the middle of the year, while the longest losing streak the Cougars have suffered was half of that at four games. However, WSU just snapped that streak with a dominant 68-55 win against the Utah Utes. Ironically enough, Washington’s last victory was also a dominant showing at home against the Utah Utes.

Washington, on the other hand, is coming into Pullman fresh off of a loss to the Colorado Buffaloes, the same team that handed WSU their fourth and final loss in that four-game losing streak.

WSU started the season piggybacking off of a high-powered defense, which didn’t allow 60 points in a game until their loss at home to No.7 Oregon.

After that loss, WSU did a complete 180 and turned into a high-powered offense, while the defense started to struggle. There was a five-game streak where the Cougars scored 70 or more points on their opponents.

In that five-game stretch, the Cougars allowed 60 points four times, 70 points three times, and even let USC score 81 points in an overtime loss for WSU.

Since then, the team has been inconsistent on both offense and defense, struggling to connect on shots while the defense now allows an average of 65.3 points per game.

This is in comparison to the offense averaging 65.1 points per game, which makes sense considering the Cougs have found themselves in close games all season long.

The Huskies are averaging less than 60 points on the scoreboard this season, and their defense has allowed an average of 66 points per contest.

These statistics are partially skewed in view of the fact that the Huskies have had six games postponed due to COVID-19, as opposed to the three postponements that WSU has suffered.

This will be the Cougars’ final game of the regular season and is also the home closer for WSU, who will be in Las Vegas for the Pac-12 tournament next week.

Tip-off for part-two of the Apple Cup series is at 1 p.m. Sunday in Beasley Coliseum. Attendance will be limited and the game can be live-streamed on the Pac-12 website.