Some do not believe in chronic illness; remission required sacrifice of normal college experience 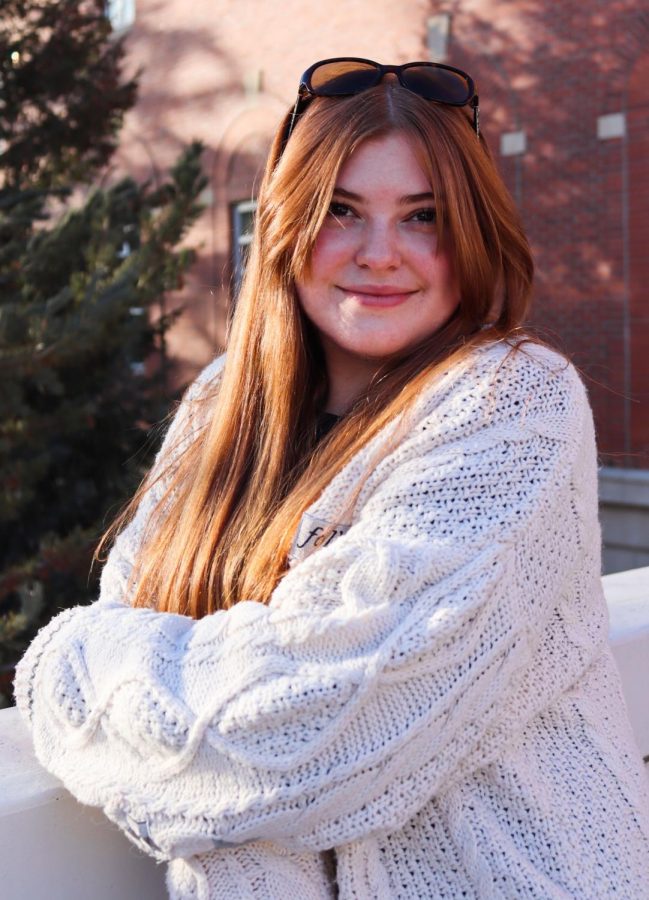 At one point I thought about giving up and making peace with the disease. Luckily, that was not in the cards.

Chronic illness is a buzzword often used to describe a medical condition that is undiagnosed and could be a life-long condition with no cure.

Two years ago, I was diagnosed with chronic neurological Lyme disease after feeling incredibly ill for several months, following the loss of both my grandfathers within two days of each other. The stress of their deaths caused my immune system, which had been suppressing the illness, to plummet, no longer suppress ing the disease that had been attacking my body for years.
Even with a diagnosis of neurological lyme disease, Hashimoto’s thyroiditis and polycystic ovarian syndrome, I was luckier than others who face the same chronic illnesses.

I was lucky because I was able to receive medical care from health professionals who understood Lyme and autoimmune disease. I got to skip the bureaucracy of someone claiming I was just lazy and that I did not have an autoimmune disease impacting my thyroid. But even though I was initially able to receive effective treatment, I was unable to live my life as fully as an 18-year-old should.

Without medical intervention, I surely would not be where I am today. During the various therapies and treatments, how I felt fluctuated day to day. Sometimes I felt like I was turning a corner and other days I wanted nothing more than to just lie in bed.

The treatments were hard and they put my body through a lot, physically and emotionally. To say I struggled to treat myself with kindness is an understatement. I would get so angry that I had not even reached my 20s and was dealing with severe health issues.

After months of rigorous treatment, I needed a break. Nothing was working and I felt that the best thing was to just stop. Stop all of the pills and potions and reevaluate when I was ready.

The only medical advice I chose to maintain was my therapeutic Ketogenic diet. After several months of stopping treatment, my mind felt freer, but my body was getting sicker. My immune system was continuing to attack my thyroid and my brain.

By chance, a friend told me about a treatment called cold laser therapy. Even though I was treated by alternative and medical physicians for my disease, cold laser therapy had to be one of the oddest, but most fascinating treatments I would try. It took me months to book the appointment, even after researching it. I did not want another treatment to fail me like the others had. I also struggled with the idea of being in treatment again since the last time was so taxing.

It sounds silly now, but at some point, giving in seemed like the better option. If I chose to accept the card I was dealt, then maybe I could find peace.

It got to the point where my mom intervened and asked if I wanted to live the rest of my life like this. Of course, my answer was no, but I was just scared and did not want to live with disappointment again. After going through my first treatment of cold laser therapy I instantly felt better.
Maybe instantly is hard to believe, but it is an accurate description.

In total, I had three treatments in the space of a week and one each week after for the next month. The changes that I saw in my body were incredible and I could not believe that this extremely simple treatment improved my immune function in just a few days. I still receive quarterly treatment in my hometown.

I cannot guarantee this treatment will work for anyone with Lyme and other autoimmune diseases because this is my personal experience. I do hope this offers hope for anyone struggling physically or mentally.

It has been over a year since my first treatment, and I am still symptom free. I was able to transfer to the Pullman campus, start driving again and take on the roles of editor and reporter at The Daily Evergreen.

What I did not anticipate was a pandemic, but no one did. To move to California with my parents or to Pullman was a difficult decision to make. But in the end, I knew Pullman was not just where I wanted to be but needed to be.

Despite the pandemic, I have still managed to make some amazing friends and lead somewhat of a social life. This time has not been easy, but it has made me even more thankful for my health.

The key is to never give up, even if the situation does seem hopeless in the moment.