Soccer to host Utah in doubleheader 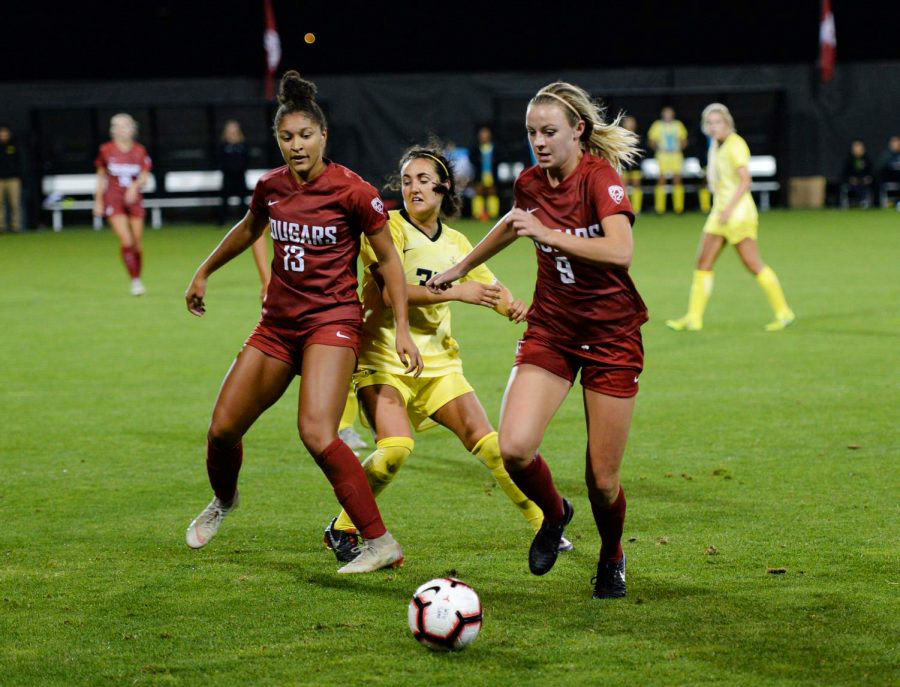 Senior Elyse Bennett (left) leads the team in goals and points this season.

The No. 15 WSU soccer team will begin their first big test of the season as they play against Utah on Friday and Sunday at home.

The Cougs are coming off a 3-0 win against the Idaho Vandals last Friday, which improved their season record to 3-0.

WSU’s regular home field, the Lower Soccer Field, will continue to go unused due to poor weather, so the matchup will take place in “The Bubble,” which is located near Bailey-Brayton Field.

Junior defender Mykiaa Minniss gained a major accolade this weekend after she became the first Cougar to earn a weekly award since Cougar alumnae Morgan Weaver and Brianna Alger in 2019, as she earned herself the Pac-12 Defensive Player of the Week award.

On top of the defensive achievement, Minniss also scored her first goal of the season at the 43-minute mark against Idaho.

Senior forward Elyse Bennett has also continued to be very productive for the Cougars, as she leads the team this season with three goals and seven points while also totaling one assist. Bennett has scored in all three games, making it three-straight for the first time in her career.

WSU freshmen forwards Alyssa Gray and Margie Detrizio have been amazing in their first three games as Cougars with three combined goals. Detrizio has scored in back-to-back games and sits second on the team in points with five.

Senior goalkeeper Marissa Zucchetto has been a defensive wall in the Cougars’ three games this season. The Canadian has only allowed two goals and has had four saves.

After last week’s win, the Cougars jumped up to fourth in the Pac-12 standings, sitting just behind Arizona, Arizona State and Colorado.

The Cougars have historically been even against the Utes with an all-time record of 7-7-1. WSU defeated the Utes 4-1 the last time these two teams matched up on Halloween of 2019.

After the Cougars’ weekend doubleheader against the Utes, WSU will head south to play Arizona and Arizona State next week.

Catch the Cougars in action this weekend as they take on the Utah Utes at 7:00 p.m. Friday and 12:00 p.m. Sunday. Both matches will take place in the Indoor Practice Facility in Pullman and the live statistics can be viewed on WSU’s StatBroadcast page.