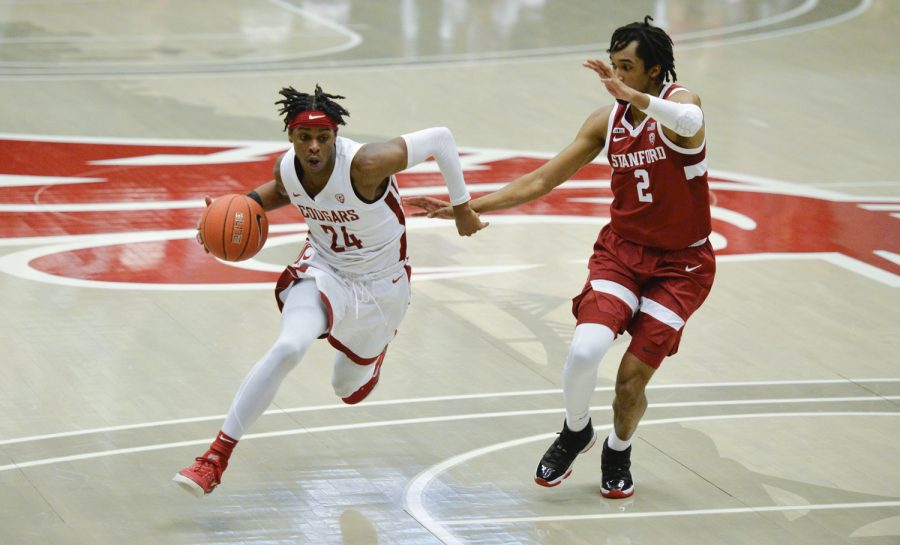 WSU head coach Kyle Smith said the loss was certainly a tough one to take in overtime, but WSU will now face Arizona State once more at 12 p.m. Monday in Tempe for a rematch.

“We had opportunities in regulation to walk out with a win,” Smith said. “Give [Arizona State] credit, they really competed hard. We’ll see what we’re made of come Monday afternoon.”

WSU’s leading scorers were junior forward Aljaz Kunc and sophomore guard Noah Williams who both had 15 points in the loss. Kunc tallied eight rebounds to accompany his stat line while Williams dished out six assists.

Sophomore guard TJ Bamba started for the Cougars once again, as senior guard Isaac Bonton continues to rehab his pair of ankle injuries. Bamba finished the game with 14 points, one point shy of his career-high, and played a vital role in bringing the Cougars back into the game late in the second half.

Smith said he was really pleased with Bamba’s performance and how he competed against Arizona State in the losing effort.

Arizona State got off to a hot start in the opening minutes as they went on a 7-0 run in the first two minutes. WSU would eventually score their first basket, but Arizona State continued its hot start by leading the Cougars 12-2 at one point.

The Cougars were stuck in comeback mode for the majority of the half but both sides hit a lull on offense during the Cougars’ comeback attempt. Then in the final three minutes of the half, both sides caught fire on offense and duked it out for the remainder of the half.

The game was tied at 34 at halftime. This is the first time this season that WSU went into the second half tied. Another tie was within the WSU stat line as Kunc and Williams both had seven points and co-led the Cougars in scoring at the half.

Martin struggled in the first half and really throughout the entirety of the game except for the final seconds. Smith said the WSU coaching staff had to get creative in covering Martin throughout the game, but he certainly came out on top in the end.

“He’s a heck of a player,” Smith said. “He’s in a groove, so he’s pretty confident right now.”

Arizona State took the lead with 11 minutes left in the second half, as it was largely due to a seven-minute-long scoring drought from WSU in which they dug themselves a hole. It was the efforts from Bamba that brought the Cougars back into the game.

In the final minutes, each possession mattered more than the last, and the final minute of regulation showed a tied score. Arizona State had an opportunity to end the game on a wide-open dunk or layup attempt underneath the basket. The Cougars weren’t finished yet, but it didn’t help that Williams fouled out of the game with 43 seconds.

In what was possibly the play of the year for WSU, freshman center Dishon Jackson came from behind Arizona State and swatted the shot attempt to keep WSU’s hope alive. A loose ball on the Cougars’ possession forced the game to overtime.

After an extremely close and tight overtime period, it came down to Martin doing what Martin does best, getting a basket when it matters most. The ball was in his hand in the final seconds and he called game with 0.4 seconds left on the clock.

As WSU has to quickly turn around and face Arizona State once more in less than 24 hours, Smith said the team will head back into the gym on Sunday and get ready to fix their loose ends and leave Tempe with a win.