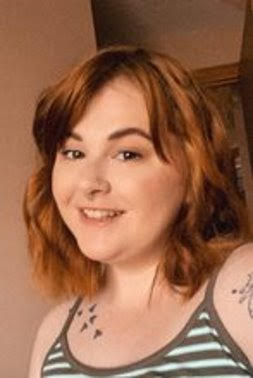 “It's so important that as [senators] interact with students, we’re not saying something is going to make them feel alienated or hated,” ASWSU Senator Lauren Slater said.

After experiencing microaggressions and inclusive language errors because of her bipolar disorder, ASWSU Senator Lauren Slater involved herself with diversity, equity and inclusion training.

“‘Oh the weather is so bipolar,’” she said. “A lot of people don’t realize that it’s actually offensive, because obviously the weather doesn’t deal with the same mood swings that I deal with.”

Slater, senior political science major, is drafting a bill that would make DEI training mandatory for ASWSU senators once a semester. Training would cover a variety of different topics including microaggressions and inclusive language.

The goal of the training is to equip senators with a better and more respectful way to lead. Slater said she believes after receiving DEI training, senators will have an easier time interacting with constituents.

Slater said she advocated for DEI training when she first interviewed for the ASWSU Senate position after seeing non-inclusive phrases around campus and from various professors or politicians. She started drafting the bill in January.

The training would be about an hour and a half long. Slater said she currently runs about two DEI training sessions a week with the WSU Office of Outreach and Education.

ASWSU President Curtis Cohen said the bill is a constructive requirement for senators and has a good chance of passing.

“Given that ASWSU officers are representing students and are in a leadership position, I think it’s important that they undergo training to really understand diversity sensitivity, microaggressions,” he said.

Slater said inclusive language is not policing language, but rather respecting language. Language is constantly changing and evolving. If people are not receiving DEI training, they might not know if something is an ethnic or racial slur.

“It’s so important that as [senators] interact with students, we’re not saying something is going to make them feel alienated or hated,” she said.

Slater said she sees gendered language in the ASWSU Senate and around the WSU campus.

“A lot of people will say it’s nitpicking, but for two people who are like non-binary, ‘Hey guys,’ isn’t very respectful,” she said.

Slater said DEI training is valuable for ASWSU senators because they are representatives of the people and make big decisions for the student body.

The Senate passed a bill written by Slater and ASWSU Senator Kathryn Carstens in November that includes pronouns on Cougar Cards, she said.

Slater said having pronouns on student IDs is just one way to make the university more inclusive since there are so many students with diverse backgrounds.

A lack of understanding can lead to an implicit bias. Slater said acknowledging one’s biases is an important step to challenging them and becoming a more inclusive person.

Slater said although it is not one’s fault for having biases, it is one’s responsibility to challenge those biases.

“Every senator needs to understand that it is okay when people call you out on your biases because we have to constantly be challenging them because not everybody thinks the same way that we do,” she said.

Slater said she thinks a lot of ASWSU senators are on board with the bill. She already has a few potential sponsors. The bill will most likely be sent to an ASWSU committee in two weeks, where it will be reviewed and potentially revised before moving to the Senate for a vote.

Taking one hour every 16 weeks to learn about diversity, equity and inclusivity is worth it. Slater said the best way to help fellow Cougars is to learn more about one another.

“That’s kind of all I really hope to get out of it, is that one person will learn something, and they’ll use it,” she said. “They may reach an interaction where they may not have previously had a clue about what to say, but from that training, they were able to have the right answers,” she said.