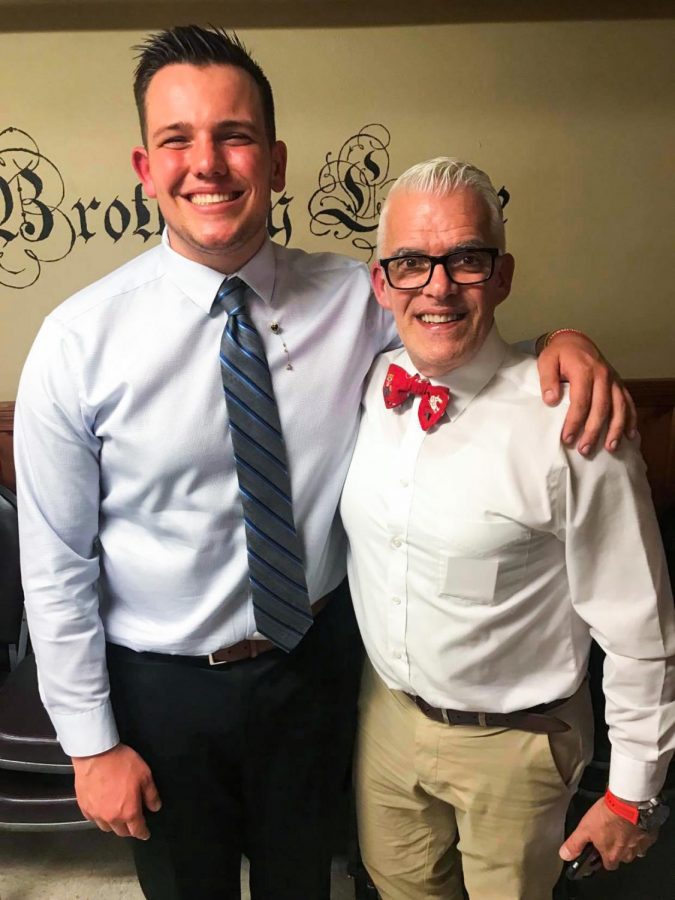 Blake said Brian's fraternity brothers welcomed him to the chapter as if he were already one of their own.

Although 40 years apart, an uncle and his nephew’s shared experience of attending WSU brought their families together through beautiful memories and painful moments.

When WSU senior Blake Gurney was 15 years old, he received news that his brother, Brian, a WSU sophomore at the time, fell about 100 feet while hiking at Pilchuck Falls in south Skagit County.

Blake said Brian’s fraternity brothers in Beta Theta Pi accepted him as if he were already one of their own.

Before sporting events in high school, Blake said he would receive text messages from WSU community members, wishing him luck.

“The way the whole university cared for my family really put me in the position where, if I didn’t come, I would be doing myself a disservice,” Blake said.

Blake, now getting ready to graduate in May with a bachelor’s in chemistry, served as Sigma Phi Epsilon’s president during his sophomore year in 2019.

He said he accepted a position as a traveling consultant for Sigma Phi Epsilon in Richmond, Virginia.

As a sophomore, Gurney was chosen to be a student speaker at Convocation.

During the live stream, Blake’s grandmother, who worked at WSU years ago, watched him speak. This was a few weeks before she passed away in her retirement home, Bricka said.

“It was a full-circle moment,” he said. “She was 89 and lived a happy, wonderful life. But for her, seeing her grandson ensured that the generations continued to carry a legacy.”

Bricka and Blake’s connection to WSU did not start with them.

Bricka said his mother, Joan, flew to Pullman from New York in the 1950s, wearing her favorite boat shoes, to start a position at Regents Hall.

Shortly after, Joan met her future husband, George, while he attended summer classes at WSU, Bricka said. A short six weeks later, Joan got ready for her wedding in the Compton Union Building back when the top floors housed hotel rooms.

When Bricka attended WSU, both his sisters attended at the same time for a few semesters, he said.

Bricka remembers looking up at the sky in 1980 and seeing it turn pitch black from the Mount St. Helens eruption.

“That was just a wild time,” he said. “Mount St. Helens was kind of like COVID.”

Bricka graduated from WSU in 1981 with a degree in hotel and restaurant administration, he said.

Bricka said he worked in the food and hospitality industry for several years in California and Washington. Now he works at a retirement community in Mount Vernon.

“I think everyone’s truly there for one another and you’re forced to grow up with a bunch of people in the middle of a wheat field,” Blake said.