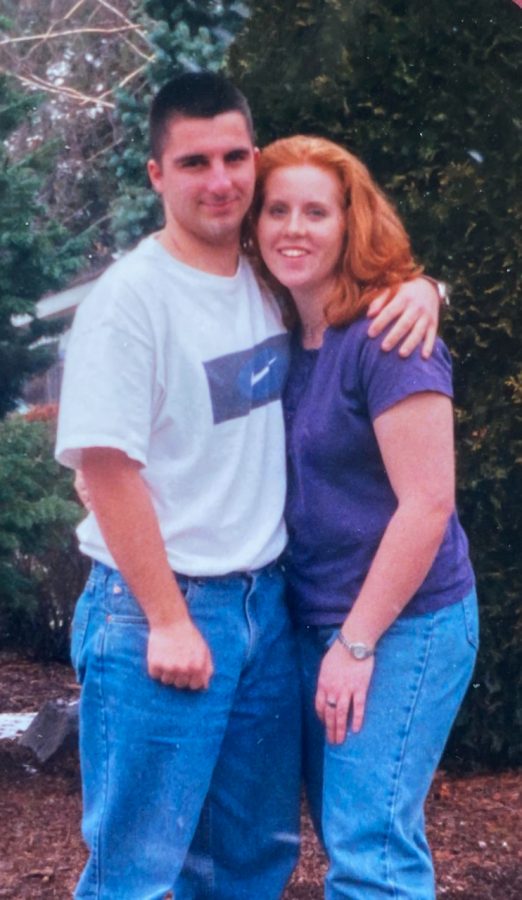 COURTESY OF JOE AND CARISA FAZZARI

Fazzari said he could have gotten a free movie and dinner to himself. But he decided to call and he and his wife have been together for 20 years.

WSU alumni Joe and Carisa Fazzari met through a Valentine’s Day matchmaking contest. They filled out a compatibility survey and won the contest. They were matched and given each other’s contact information with movie tickets and a gift certificate for dinner.

Carisa said she still has the slip the matchmakers sent her in a scrapbook.

“I got my ticket and my free dinner and I could [have] just not called her and gotten a free movie and dinner by myself, but I chose to call,” Joe said. “We went on our date [and] now we’re married 20 years later.”

Joe said it was not love at first sight and he needed to get to know Carisa, but they hit it off really quickly. They made their relationship official two days after their first date.

“After that first date, we went on another date a couple of days later and then we were just together ever since,” Carisa said. “We were together constantly.”

The couple ended up getting married in August 2001.

“We try to go out to dinner and a movie every year [on Valentine’s Day] to celebrate our first date anniversary,” Carisa said. “It doesn’t always happen but we try.”

Carisa said her favorite memory on campus was walking around on sunny days and bringing Joe peanut butter parfaits after she got off work. Joe’s favorite memory is taking Carisa to meet his parents at Cougar Country Drive-in.

Because the two had classes in different buildings, they would meet up at the library and go to Cougar Country afterward, Joe said.

Carisa said there was a time when Joe had a friend sneak into her dorm to give her ice cream.

Once, Carisa, Joe and some friends pulled a prank on a girl in Carisa’s dorm by moving everything out of her room, Joe said.

The pair journeys to Pullman about once a year for football games, and they have been able to see the campus grow. Carisa said the medians that have trees on Stadium Way were not there when they went to WSU.

“[Campus is] a lot more developed as far as businesses and buildings,” she said.

The Fazzaris have three kids: a 17-, 14- and 12-year-old. Carisa said she and Joe tell the kids stories about their days in Pullman. When the Fazzaris visit the campus for football games, they show their kids around campus and the dorms they lived in.

“I’m pretty sure we got at least the oldest one talked into going [to WSU],” Joe said. “Maybe all three, [but] we’ll see.”