Search for the greatest: You Won’t Get What You Want (YWGWYW)

Columnist reviews Daughters album released in 2018; first album to be released since breakup in 2009 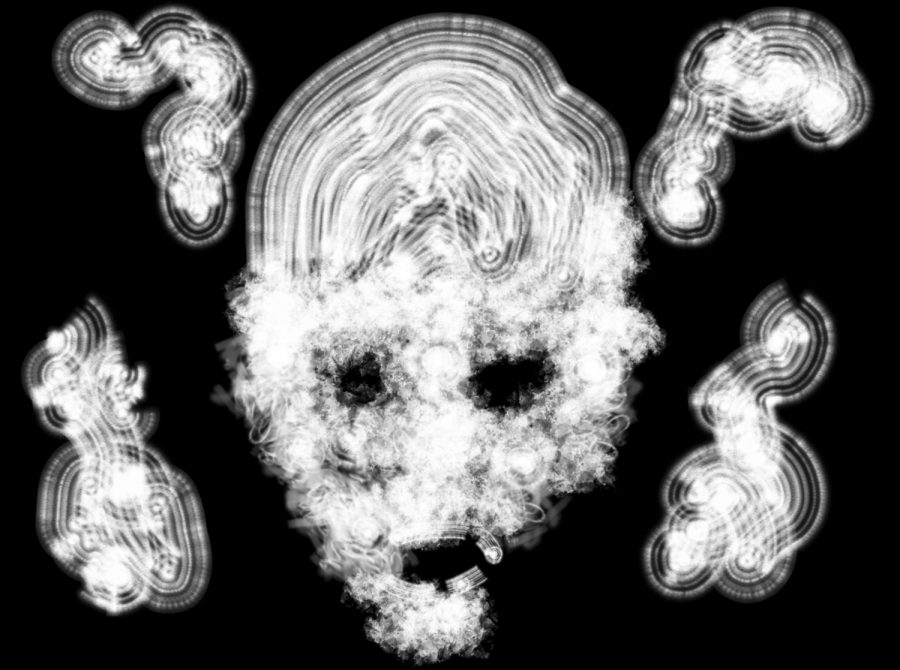 Daughters broke up in 2009, but after eight years were reunited.

When it comes to the intention of music, the goal is often to elicit an emotion from its listeners. This emotion varies depending on the music, reliant on the overall composition and production of the piece. Emotions that are visible in most modern music today include happiness, sadness and anger. But there is one emotion commonly forgotten when it comes to music.

Daughters started as an ordinary mathcore and grindcore band around 2002. The band formed after the break-up of a similar band, As the Sun Sets. The band’s only consistent members during their original formation in the early 2000s were vocalist Alexis Marshall and drummer Jon Syverson. Guitarist Nicholas Sadler and bassist Samuel Walker eventually became permanent members of the band after 2005, and the lineup persisted up until the band broke up in 2009. Almost a decade later, the band came back to release the album “You Won’t Get What You Want” in 2018.

Compared to their past projects, this new album had a completely different sound. The album incorporates a mixture of noise rock, industrial rock, experimental rock and other genres. Many of the tracks contain an abundance of screaming guitar riffs from Sadler and Marshall’s manic vocals. These elements combine to create an album unlike any other.

The album begins with the track “City Song,” a long introductory track with chopped drum samples and heavy bass. I remember hearing it for the first time, and I thought that the album was not going to be special enough to talk about. But then, at around four and a half minutes into the track, the song explodes into what I can only describe as the sound of Satan helplessly torturing souls. This constant aurora of noise persists through most of the album, to the point where I had to take my headset off and recover from what I just listened to.

The lyrical themes of the album relate to mental illness, insanity, depression and extremism. The manic whaling of guitars and harsh noise help reinforce these themes by creating a paranoid atmosphere. The track “Long Road, No Turns” expresses how every human suffers great pain in their lifetime. It also conveys how one may think their suffering is incredibly agonizing, their pain will never be the priority to the billions of people around the globe.

“Well, ain’t it funny how it works

Someone’s always got it worse

(They hit the ground harder than you)”

The track “Satan in the Wait” is about how Satan injects evil into the world through political extremists.

“Their bodies are open

Their channels are open

This world is opening up”

Nothing can compare to the brilliance of “Ocean Song” and “Guest House,” a two-part story about a man named Paul. While returning home, Paul suddenly has an urge to run away from his current life. In “Ocean Song,” he abandons his family and his belongings as a primal urge to run lurks within him.

Clearing the fence in one leap

Landing in a heap in the alley between the neighboring houses

The body is broken by nothing, just falls”

Paul arrives at a house in “Guest House” in which he begs for the owner to let him in. The house is most likely a metaphor for the true happiness Paul desires, but he cannot obtain it whatsoever.

“Who put a padlock on the cellar door? Let me in

I’ve been knocking, let me in

Who bricked off the chimney?

I can’t hear you speak”

The song ends with an oddly emotional outro, representing Paul’s realization that he cannot escape his current life. The outro to “Guest House” is incredibly moving, and is one of the best endings to an album I have ever listened to.

This album is unlike anything else out there. It is an endless rollercoaster of shrieking noise and desperation. It is the most disturbing project I have ever laid my ears onto as of this day, and I undoubtedly believe that this album is one of the best albums the 2010s had to offer.