Professors located worldwide featured on album; recordings made possible by sharing over internet 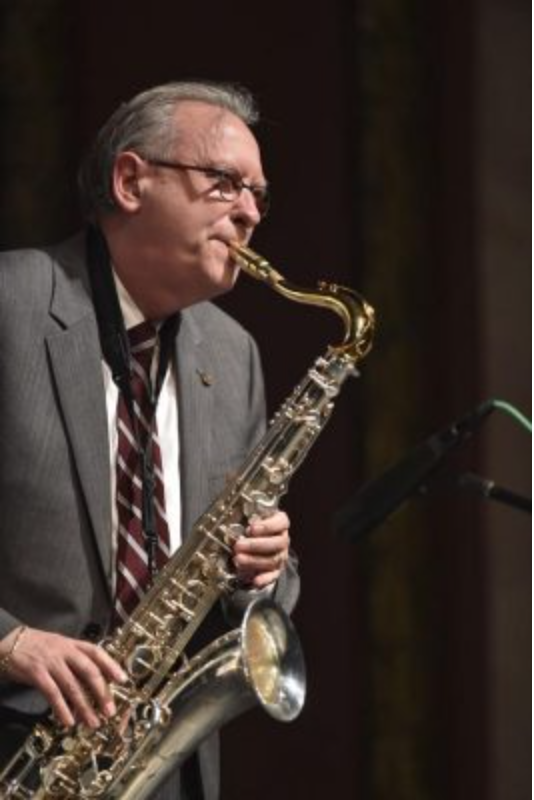 The COVID-19 pandemic has made most activities difficult to take part in, especially making and recording music.

Gregory Yasinitsky, regents professor in the School of Music, found a way to make and record music with other people online.

Yasinitsky was making an album before the pandemic hit and assembled a group of musicians to record the album. They were about halfway through when everything got shut down.

“In fact, when they closed everything down, it was a day before the recording session where we were going to finish everything, so we had to cancel that,” he said.

Yasinitsky said he thought that would be the end of the album and he would not be able to finish it.

He ended up thinking about people doing virtual recordings. He is a director for the jazz band and everyone sent in their recordings separately. He was able to put them all together to make a video recording.

“I decided to do that with my own album, and most of the musicians on the album were able to adapt and to do that kind of remote recording,” he said.

Because of the online recording, he was able to include friends from around the world on the album. Yasinitsky said he included a professor at the University of Bologna in Italy, a professor at Louisiana State University in Baton Rouge and a friend who is a studio musician in Los Angeles.

“They sent [their recordings] as a sound file over the web,” Yasinitsky said. “They upload it, then I download it, and then using a recording software, we assemble all of it together into a recording that sort of sounds like we’re all playing together.”

Because of the small size of the band, the album was originally supposed to be named “Jazz Band, Fun Sized Edition,” Yasinitksy said. After having to adjust to a different recording system, he decided to name the album “New Normal.”

“After the pandemic, I thought this was a whole different thing for us. It’s our new way of adapting to things, it’s our new normal,” he said.

Yasinitsky said he has played music since he was young. He took piano lessons from his grandmother, and he watched his mom play piano, as well.

He heard a saxophone on a record once and decided that was what he wanted to play. He waited until he was old enough to play in the school band and chose to play the saxophone.

“My parents were supportive. They went out and rented me a saxophone to play at school,” he said.

Yasinitsky said he has been able to play with well-known artists, such as Ella Fitzgerald, Sarah Vaughan and Lionel Hampton.

It was a thrill for him to play with those experienced musicians, he said.

“It’s great and terrifying. It’s really inspirational to [play] with somebody like that,” he said. “I was just worried that I was going to make a mistake and embarrass myself.”

Yasinitsky said he went into teaching because he was always inspired by his teachers and professors.

When he went to university, he realized that was where he wanted to be.

“I am a composer and all the composers that I saw all had jobs teaching in university, so I thought that’s what you were supposed to do,” he said.

Max Harrington, music graduate student, said he was one of Yasinitsky’s students. (*he wants to be referred to as this title*)

Harrington said he took his arrangement class, and Yasinitsky was extremely helpful and inspired him to be creative and start writing music.

He said Yaskinitsky is hard working and has done a good job with the virtual recording.

“He’s taken it upon himself to mix all the audio and video,” Harrington said. “He’s gone well above and beyond the actual process of recording, which is fantastic.”