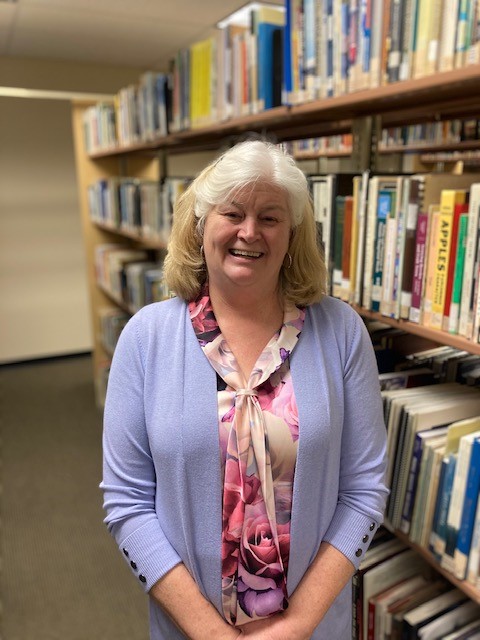 Jones looks forward to providing access to these materials for everyone.

Growing up in rural Idaho, Sara Jones and her family found the library to be a beneficial resource to learn new information. In her time as a librarian, Jones enjoyed providing communities with equal access to knowledge.

As she continues her decades-long career as the newly appointed Washington State Librarian, Jones said she hopes to create awareness for the library’s resources.

Washington Secretary of State Kim Wyman said she was impressed with Jones’ comprehensive knowledge of state libraries, as well as her ambitious vision for the future of libraries.

“We knew that she already had the professional contacts, professional credentials and respect of her peers that she would be able to come in and lead our library staff in a way that takes us into the future,” Wyman said.

Wyman said they are preparing to build a new library archives building in Tumwater. This will be a great opportunity for Jones to use her experience to plan for the future, she said.

Jones said her position feels familiar and comfortable, while at the same time, providing her with new opportunities.

As a previous state librarian in Nevada from 2000-07, Jones said she is excited to return to a role that is focused on policy.

Jones agrees with James Billington’s philosophy and it is something she truly believes in, she said.

In her position as state librarian, she said she wants to work harder to make the library’s resources more relevant and accessible to Washington residents.

“The really important part is to find the right information and source it correctly, and find out [whether] it’s accurate and true, and if there are competing opinions that you look at both of those opinions,” Jones said.

Because state libraries hold government records, Jones said they are one of the most important resources in understanding government operations from the past and the possible changes in the future.

Jones said she hopes individuals of all backgrounds will be able to understand that the state library is a rich resource of information that can be beneficial to many.

During her time as a public librarian, Jones said she was passionate about educational equity and was proud to be a source of so much knowledge for those who use libraries as a resource.

“I think libraries are the place that really can level the playing field. The free [aspect] of libraries, whether they’re state or public libraries can make all the difference,” she said.

As she continues her career as a state librarian, Jones said she hopes to continue connecting people with valuable resources.

“One of the things the state library does is run the Talking Books Library and a lot of times, that’s [a resource] for people who have disabilities, and very often people who are at the end of life,” she said. “And you can completely change the last steps of their life by offering reading materials.”

The state library’s placement with the Secretary of State is a position that Jones said will support and be beneficial to all students. She said she eagerly looks forward to the future in which interested individuals can access this information.

“The connection of the resource to the people is the thing that makes me happiest,” Jones said.