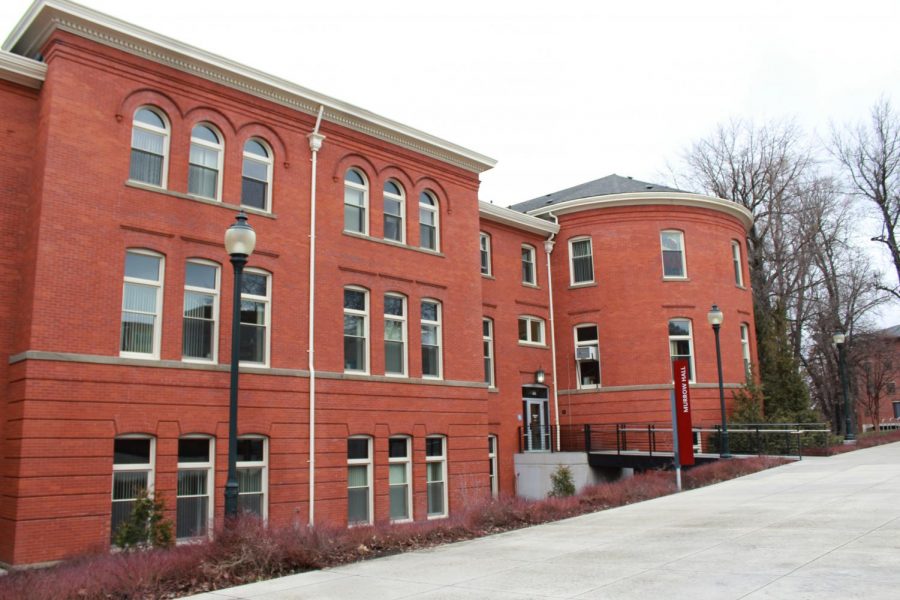 After her husband’s retirement from the U.S. Navy in 2019, Andrea Watson and her family got a travel trailer to go and see the country.

After 17 years at home with her children and traveling around the country in an RV for a year, Andrea Watson joins the Edward R. Murrow College of Communication staff.

Watson works as an office assistant. Her husband, Jeremy, also joined Murrow last year as an academic adviser, she said.

After her husband’s retirement from the U.S. Navy in 2019, she said they got a travel trailer to go and see the country. Following their year-long adventure, they knew they wanted to come back to the Palouse with their two teens. They formerly lived in Potlatch, Idaho, from 2003 to 2005.

Watson said she spent 17 years at home with her children. But after watching her husband interact with his coworkers on Zoom, she knew Murrow would be the place to go back to work at.

“I thought, ‘Oh man, you know if I ever went back to work, this would be the absolute best place to be because everybody’s so friendly. Everybody’s laughing,’” she said. “It’s just the best environment ever.”

Tami Vik, academic adviser lead for Murrow, said staff members are thrilled to have Watson on board. Vik and Watson have only met in the office twice because advising staff only goes into the office once a week.

Watson said it has been great to join Murrow. She felt the transition into the job was seamless and appreciates Vik being patient in training her over Zoom.

“She’s made it as easy as it can be to learn virtually. She’s really patient,” Watson said. “It really is nice to have a supervisor like that.”

Everyone is looking forward to being back in the office and getting to know one another, Watson said. Meeting everyone over Zoom or Microsoft Teams has been great, but it is not the same experience as it would be in person. However, she has felt welcomed since day one.

“Murrow is absolutely a family and just to be welcomed with open arms has been amazing,” she said.