From mechanical engineering to cribbage boards 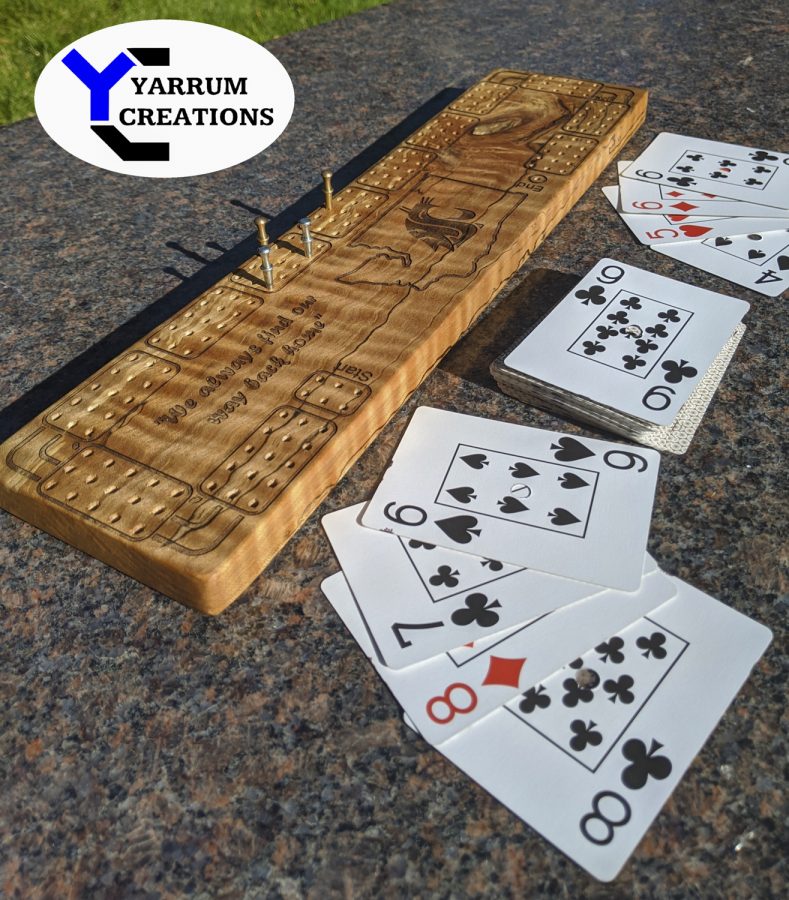 Murray not only designed cribbage board, he also engraves pens for sale on his Etsy shop.

One mechanical engineering major is putting his skills and his resources to the test to create some one-of-a-kind WSU themed merch that is not available anywhere else.

WSU student Sean Murray has been mixing his major with his creativity to create products, with one of his most recent being a WSU cribbage board.

Cribbage is a very popular game that includes a deck of cards and a special board, with the final goal of the game being to make it completely around the board.

“You get dealt a hand of six cards, and you put two in the crib,” Murray said. “You use those cards to get points to help move you around the board.”

Murray designed the board using wood from a tree on his family’s land. The process took a little over a year to complete.

“For my first board, I used raw material from my family’s tree farm,” Murray said. “After, the lumber had to dry out for a year before I flattened it and laser engraved it. Then I drilled holes into the wood, finished it, and put holes in the back for the pins to sit in.”

Murray’s cribbage board is not for sale yet, as he has to obtain a special license to sell PAC-12 merchandise. But once he obtains the license, he plans to create more boards and will sell them on his Etsy page.

“Making the board without logos itself does not require any licensing,” Murray said. “The licensing process goes through the Collegiate Licensing Company, where I have to fill out an application to get permission to sell college-themed products.”

In the following months, Murray hopes to use his CLC license to create more WSU themed merchandise, such as WSU laser engraved Hydroflasks, WSU wine glasses, and other WSU glass sets.

Even as a current junior at WSU, Murray still makes time to experiment and practice his skills. His newest laser engraving skills can be seen on his Etsy page or his Instagram, where he does intricate laser designs on pens.

“Right now, I have one product I do sell,” Murray said. “I custom CNC my own stainless-steel pens, which can be found online.”

Murray currently has an online store for his products as well as his Instagram @yarrumcreations, where he posts about his newest creations.