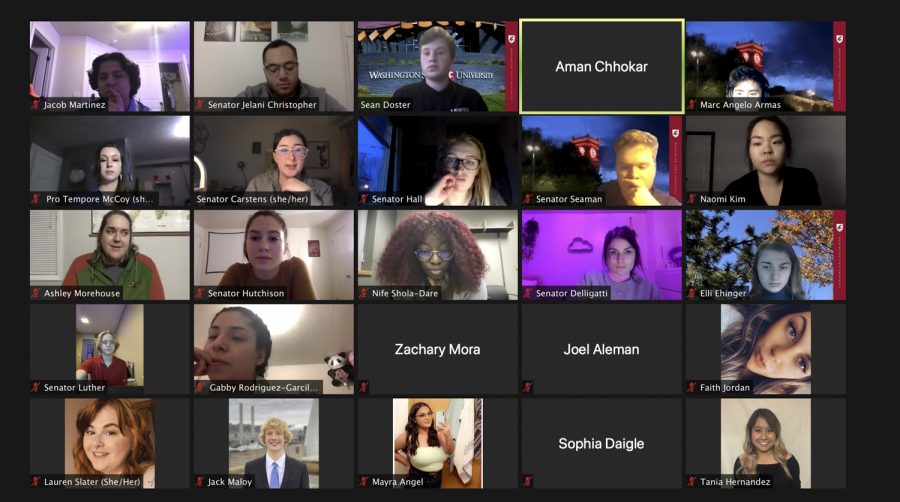 “If our instructors are unable to recognize [mental health], then we're going to have students who continue to suffer in silence," said ASWSU Senator Oluwanifemi “Nife” Shola-Dare.

ASWSU Senators unanimously passed and endorsed a resolution for no assignments to be due on break days established in lieu of the traditional week-long spring break during a meeting Wednesday.

The resolution is to ensure students take care of their well-being during break days, according to the resolution. Senator Jilian Hutchison-Blouin wrote the resolution with Senator Oluwanifemi “Nife” Shola-Dare as a sponsor.

The loss of a traditional spring break significantly impacted the health and academics of students and faculty members, according to the resolution.

“I know that a lot of students have had issues with having assignments due on the mental health break day last week,” Hutchison-Blouin said.

The resolution exclusively targets WSU Pullman because other campuses have their own ASWSU. However, Hutchison-Blouin said she is interested in partnering with them in order to pass similar resolutions.

Senator Jelani Christopher is happy the resolution was written. He said having no assignments due on break days is important for students’ mental health.

“I have a lot of stuff due this week and it’s been taking a big toll on me mentally,” he said. “So not having a full week off has really hurt as well … and I can imagine a lot of other students dealing with that.”

Shola-Dare said she believes instructors can do a lot more to support students’ mental health. She said the resolution may help faculty members realize mental health is a serious issue for many students.

The resolution will be sent to the WSU Faculty Senate, WSU administrators and various department deans for review, according to the resolution.

None of the groups asked for a budget increase. Seaman said he is now preparing to present the budget to the Services and Activities Fee Committee for approval.