One-year statute of limitations has passed for hazing; friends traveled home to mourn together, hope to see changes in Greek system 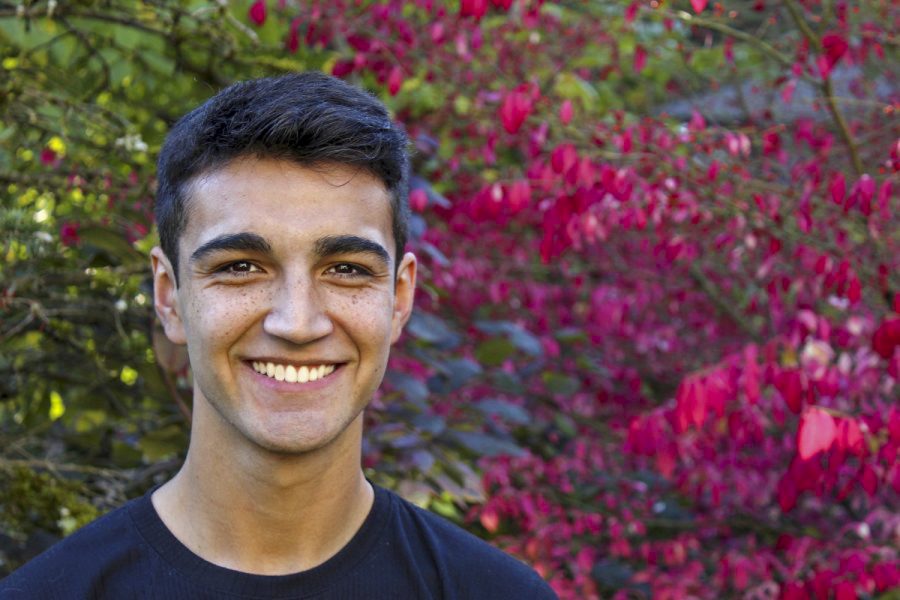 Whitman County Prosecutor Denis Tracy received the investigative report from Pullman PD and is reviewing it. He has not reached a charging decision yet.

On the morning of Nov. 12, 2019, WSU freshman Sam Martinez was transported by the Pullman Police Department to a local funeral home in a locked body bag. Fraternity members found his body cold and discolored in the basement of Alpha Tau Omega Fraternity.

Almost a year and a half later, Pullman PD completed its investigation into the circumstances surrounding Martinez’s death.

Pullman PD recommended charges of hazing or furnishing liquor to a minor for seven Alpha Tau Omega fraternity members, according to Pullman PD’s summary of facts.

The entire report that was forwarded to the prosecutor was much longer, said Pullman PD Cmdr. Jake Opgenorth.

Hazing is a misdemeanor in Washington, according to the Revised Code of Washington 28B.10.901. The statute of limitations for a misdemeanor is one year, so the individuals involved cannot be prosecuted for hazing.

Pullman PD only recommended both the hazing and furnishing liquor to a minor charges to Martinez’s “big brother,” according to the summary.

“It is with great sorrow and disappointment that we learned the Pullman Police Department investigation was not completed in time to bring forward all of the potential criminal charges against the individuals who played a role in the hazing death of our beloved son and brother,” Martinez’s parents wrote in an email.

Opgenorth said detectives had to let the evidence speak for itself. A variety of factors caused delays in the investigation into Martinez’s death.

Detectives had around 75 witnesses to question. He said the department wanted to conduct the interviews in person but locating all the witnesses proved to be difficult.

“COVID happened and students were kind of scattered all over the place,” Opgenorth said.

Detectives believed it was important to conduct most interviews face to face. The rest were done over the phone or through Zoom, Opgenorth said.

“It’s not as simple as getting a cell phone,” Opgenorth said, “and just unlocking it and scrolling through text messages.”

He said Pullman PD had to obtain multiple warrants before they could access the phone. On top of this, Pullman PD lacks both the expertise and software needed to unlock the phone.

Pullman PD contracted an independent company that specializes in the forensic investigation of cell phone data, Opgenorth said. The company attempted to access the phone for months but has not had any success yet.

The department completed approximately 90 percent of the investigation within the first few months. The rest of the time was primarily spent waiting on forensic evidence from Martinez’s phone, Opgenorth said.

Pullman PD had grounds to advance the hazing charges earlier in the investigation but did not want to risk double jeopardy, Opgenorth said. If defendants plead guilty to misdemeanor hazing charges, they could not be prosecuted for felony charges in the future if more evidence is uncovered.

“There was some concern early on that there might have been a possibility that this would’ve been a manslaughter case,” he said.

If the department is able to obtain the evidence from the cell phone, it will be able to conclude if there is reason to forward manslaughter charges, Opgenorth said.

The prosecutor can still choose to pursue a manslaughter charge. However, Opgenorth said he thinks there is currently not enough evidence to prove manslaughter beyond a reasonable doubt.

Whitman County Prosecutor Denis Tracy said he has received the investigative report from Pullman PD and is reviewing it. He has not reached a charging decision yet.

Pullman PD received conflicting statements about who planned the fraternity event the night prior to Martinez’s death, according to the summary.

“We put all our resources into getting every piece of evidence we possibly could,” Opgenorth said.

Martinez and the other members of his pledge class went to ATO’s “live-out” at 800 NE Monroe St. on the night of Nov. 11, 2019. The pledges believed they were going to clean the basement of the facility, according to the summary.

Pledges were then told the event was their “big-little night,” when new members are paired with older members as mentors. Martinez’s “big brother” had a half-gallon of rum, according to the summary.

It is unclear who gave Martinez what alcohol and what amount, Opgenorth said.

Martinez’s big brother was the fraternity’s “Pledge Ed” officer, according to the summary. That position was not listed in the fraternity’s official manual, but Membership Education Chairman was listed. This role is responsible for continuing education for undergraduate members, including the fraternity’s no-hazing policy.

“[He] is empowered to stop any member from attempting to haze any other member,” according to the summary.

Martinez was found in a room called the chapter room in the basement of the ATO house at 710 NE Linden St., according to the summary.

Colby Rosenwald, Martinez’s friend since elementary school and another ATO pledge, said he woke up in the same chapter room.

The night before, he said he remembers lying on a couch and seeing a group of freshmen carrying Martinez downstairs. He does not think Martinez was conscious at the time.

The next morning, Rosenwald said he heard Martinez’s phone alarm and stood up to turn it off.

When he touched Martinez’s hand, it was very cold, he said.

Other members believed he was sleeping, so Rosenwald went back upstairs. Martinez never woke up though. Later, Rosenwald and other members went to check on Martinez again.

“We rolled him over and his face was kind of smushed and like a greenish color … not normal at all,” he said.

They then called an upperclassman in ATO, who called 911 and started CPR, Rosenwald said. Martinez’s death made Rosenwald realize hazing is not taken seriously and needs to have stricter preventative measures.

“I was all friends with them at one point,” he said, “but at the end of the day … you still have to live up to your mistake.”

This will not be the last death on Greek Row, Rosenwald said. The first step would be bringing the issue to light. Students are not given a clear definition of hazing, even if they are educated about drinking.

“People get hazed all the time and I don’t think they notice it,” he said.

Rosenwald could not recall much anti-hazing education coming from Martinez’s “big brother,” who was also ATO’s “Pledge Ed.” He said there was not really anybody providing information on hazing. They just knew it was wrong.

He said he could recall a few occasions in which he felt the pledges were hazed.

When an individual is being hazed, they can say “no” but there is still pressure to participate, Rosenwald said. He and Martinez were hazed together and thought they would get through it together.

He said they felt they were vying for “brownie points.” The pledges who attended all the events garnered more favor than those who did not attend. Those who were at the bottom of the list were looked at differently.

“I’ve taken shit for a while,” Rosenwald said. “Wazzu was no different for me.”

Andrew Whiteside, Martinez’s friend since elementary school and a member of another fraternity at WSU, said he felt his experience with hazing did not compare to what Martinez experienced.

“I know we haze and stuff,” he said. “It’s just a part of fratting and being a brother.”

After finding out about the death, Whiteside called and notified a lot of other friends that Martinez died. He cried through every phone call. The experience changed how he views Greek life.

Whiteside said he flew home to Bellevue the day after Martinez’s death. Martinez’s other friends, including Rosenwald, went home after they heard about his death.

Jesse Wong, Martinez’s friend from high school, said everyone came home at once to mourn together. Martinez’s parents held a last-minute memorial, and it was overflowing with people who cared about him.

“He’s someone I’m never going to forget,” she said.

He had a way of making everyone in the room smile. After his death, Wong found it difficult to carry on with normal life. Martinez just made life happier, she said.

His death brought everyone closer together and made his friends realize the importance of checking in on each other, Wong said. Martinez’s friend group from high school will often contact his parents and try to encourage them in any way possible.

“The amount of flowers we’ve dropped off to them is probably insane,” she said.

Wong and a few friends, including Sophia Dominitz, shared a group chat with Martinez on Snapchat. The day before he was found dead, Martinez messaged the group chat saying he was having a bad day and asked them to check his horoscope, Dominitz said.

The girls in the group enjoyed discussing each other’s horoscopes and would often force Martinez to join as well. She said they did not see his message until he was already at his “big-little” event.

Wong and Dominitz now wear necklaces with Martinez’s zodiac sign, Libra. Wong said keeping Martinez close to her heart makes the days easier for her. Many of his friends also wear bracelets with his name and birthday on them.

“I think of him all the time,” Dominitz said. “I talk to him and about him often.”