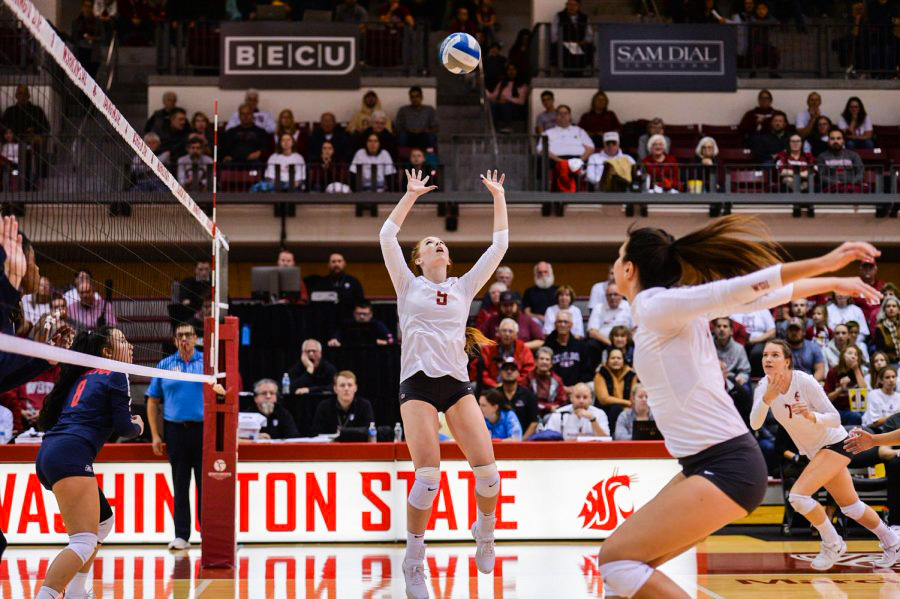 The weekend will look a little barer for WSU fans, as both soccer games and both volleyball matches have been canceled due to COVID-19 protocol.

The first announcement came from volleyball on Tuesday. The series has been canceled due to COVID-19 protocol reducing the number of scholarship athletes available within the USC program, according to a press release from WSU Athletics.

This is the third series that USC has had canceled this season and the second in a row following last week’s cancelation of the series with Arizona State.

It is also the second time this season and the second time in the past three weeks that WSU has had a series taken off the schedule due to COVID-19 issues within another program.

WSU is expected to return to action next weekend against Oregon State.

A little later on Tuesday, soccer announced that their matches against Arizona State on Friday and Arizona on Sunday were both canceled, as well. This was due to COVID-19 protocols dropping WSU under the number of required scholarship athletes, according to a press release from WSU Athletics.

These are the first matches that the Cougars soccer team has had canceled this season. Arizona State currently sits atop the conference and just outside of the top 25 in the rankings, making this a big loss for the Cougars.

WSU is expected to return to action next weekend, hosting No. 6 Cal and No. 19 Stanford in Pullman.

The schedules for WSU sports have been all over the place this week, as a previously postponed meeting between the men’s basketball team against Arizona State was ultimately canceled following COVID-19 problems within the Cougar program.

Additionally, the baseball team had their series moved from Seattle to Pullman, as the weather in Seattle was supposed to be rainy this weekend. The series with the Seattle Redhawks will now be the Cougars’ home opener, instead of the Stanford series at the beginning of April.

Any other scheduling questions regarding WSU athletics can be found on the school’s composite calendar on the WSU athletics website.