Rowing gets back in water

Next matchup against Oregon State on March 20 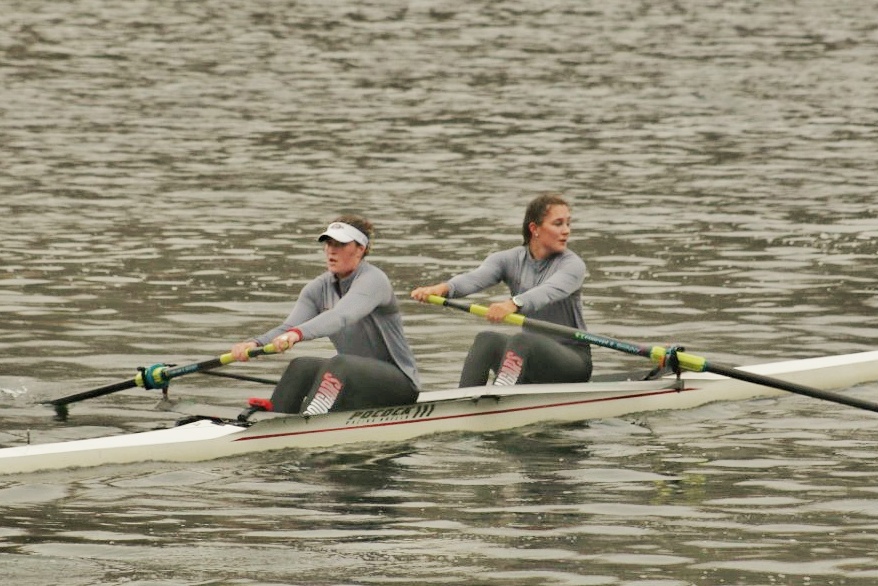 The women's rowing team come into sight as they head into the final hundred meters of their race on Sept. 28, 2019 at Wawawai Landing.

After a 490 day wait, WSU rowing returned to the water on Saturday with a meeting against the top-ranked Washington Huskies.

No. 19 WSU had not been in competition since Nov. 2, 2019, in Spokane. This year, they got the chance to open up their delayed season with an Apple Cup Dual against the No. 1 team in the nation.

“The mission today was to get out there and find out where we are at,” head coach Jane LaRiviere said.

The regatta began with the varsity four event. WSU finished as the runners-up with a time of 7:33.35. The team of Meg Montgomery, Kadri Vilbaste, Cierra Bird, Grace Trujillo and coxswain Paloma Probart finished second to the Huskies “A” team but beat the “B” team.

WSU came up short in the event, falling to both the Washington “A” and “B” teams.

“Washington lived up to their No. 1-ranking today,” LaRiviere said. “It’s fantastic to see how we stack up against the top-ranked team in the country, and we identified a lot of things that we can work on over the next couple of weeks. It was great to compete for the first time in 490 days, and we look forward to our next regatta against Oregon State.”

The Cougars will return to action March 20 when they travel to Dexter Lake in Corvallis, Oregon, to face the No. 17 Oregon State Beavers.