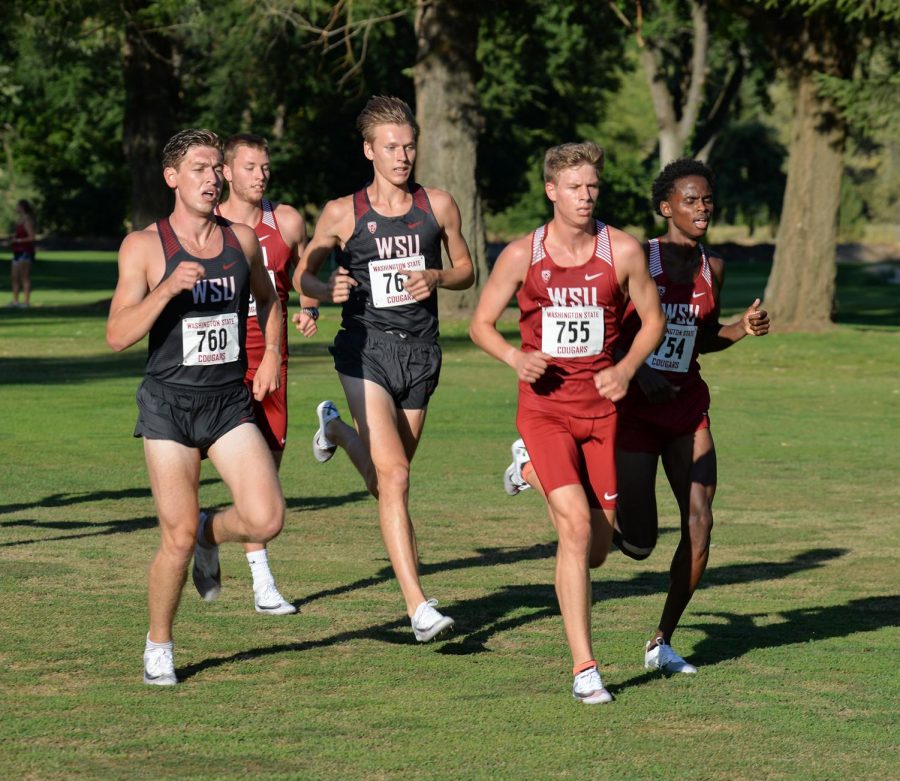 The men’s cross country team competing in a race at the WSU Open on Aug. 30, 2019 at the Colfax Golf Course.

On Friday, the WSU cross country teams competed in the Pac-12 Championships at the Chambers Creek Park in University Place, Washington.

The women’s competition took place first. WSU ended up picking up a fifth-place finish as a team, which is the best for the Cougars since 2008 as well as the best since the conference moved to 12 teams.

Leading the way for the Cougars was redshirt junior Erin Mullins, who finished 13th individually, picked up second team All-Pac-12 honors and a spot in the NCAA National Championships.

“It was an amazing performance by our women’s team and a glimpse into a very bright future,” Phipps said.

Despite the fifth-place finish in the conference championships, the Cougars were left out of the national championship field, as the NCAA only selected four teams from the Pac-12. However, Mullins did get selected individually to compete March 15 in Stillwater, Oklahoma.

After the women’s event, the men dug in. WSU put on another good performance, with the Cougars taking sixth place in the conference championships.

The Cougars were led by a familiar face in this season’s distance events as senior Zach Stallings picked up an 18th overall finish.

“The men also ran a very tough race,” Phipps said. “Despite not running a few key people, this group dug-down and rallied to miss fifth place by only seven points. Zach Stallings continued his amazing winter of racing, moving up 11 places in the last loop to finish 18th.”

Unfortunately, neither Stallings nor the team was selected on Sunday for the National Championships, meaning their 2021 campaign has drawn to a close.

The Cougars cross country season as a whole will end March 15 in Stillwater, Oklahoma, as Erin Mullins will compete in the national championships. The women’s race will take place at 9:50 a.m. and will be live on ESPNU.