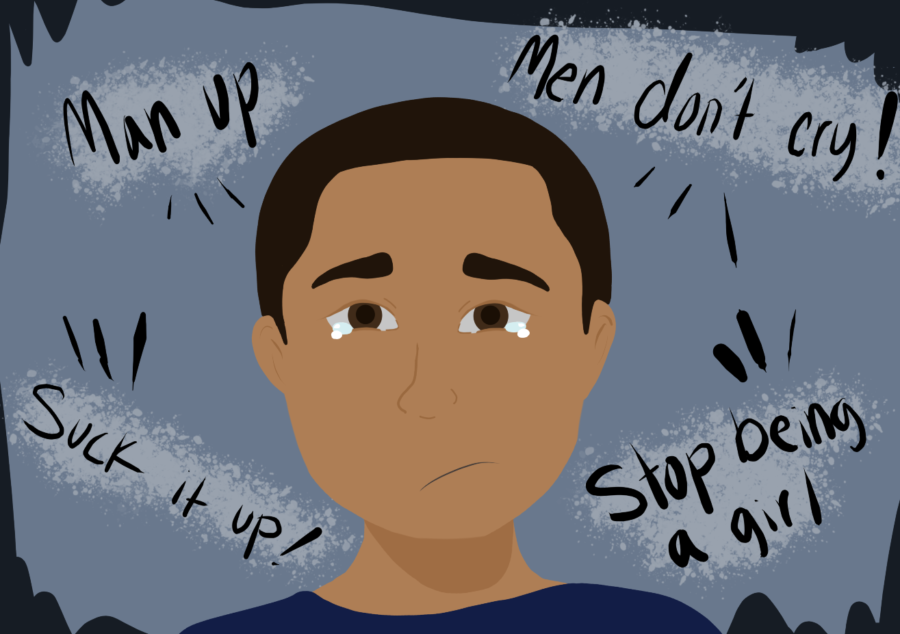 All patriarchal stereotypes aside, men should be able to express their emotions without feeling judgment from other men.

In today’s age, we strive for kindness and acceptance, but there are still many seemingly harmless cliches that can emotionally damage people. One that doesn’t get enough attention is male stereotypes.

Pullman resident Max Honeywell has experienced the effect of these negative stereotypes towards men.

“A harmful stereotype that I have heard in my experience is that men are too tough to cry, that they should be strong and not show any emotion,” Honeywell said.

This common assumption reappears in discussions about toxic male stereotypes and is often still perpetuated in the real world.

Honeywell said he has experienced this often, especially during his early academic years. He said this made it so that he couldn’t truly express himself.

People assume this because they are taught that men are supposed to be strong, Honeywell said.

“You’re not supposed to feel anything,” he said.

This is detrimental because men feel as though they cannot address trauma or emotional issues in a proper way, Honeywell said.

He said pushing this stereotype makes it feel like men do not have a place to go to, so they cannot express their emotions correctly.

Honeywell said a way to put an end to this stereotype is to actively educate people about the negative effects of pushing stereotypes of this nature.

“Having a program that says ‘Hey, it’s okay to cry, that’s normal’ would help,” Honeywell said.

“We need to not be emotional, I think that’s one that every guy has experienced,” Ball said.

Society puts pressure on men to act a certain way, and this often results in negative consequences, he said.

“Once society tells a man [or a woman] how to act, it affects them in a harmful way,” Ball said.

He said people should not be forced to label themselves, especially in terms of gender.

Ball said people need to “be cool” with whatever people want to do to express themselves. He said it is not anyone else’s business if someone wants to be their true self. People should not take offense if people are being genuine, he said.

“If someone doesn’t understand, it’s their choice, they don’t have to understand,” Ball said.

He said to approach others with an open mindset and to not put people down.

“[People should] be more mindful and open, and not feel like they need to degrade someone because they do not see things the same way as them,” Ball said.

He said people have a choice when it comes to their reaction, so just choose a better way to react.

“I think people need to be respectful, and if they are offended, they have the choice to not be offended,” Ball said.

There are certain standards that should be met, however, such as men respecting women and people in general, he said. He also said men need to realize they have certain privileges compared to others, and they need to understand that is not okay.

“Society is set up for men to have higher seniority than women. Men need to realize that everyone should be equal,” Ball said.

Unfortunately in today’s society, there are many stereotypes that plague us. Stereotypes like “men shouldn’t cry” and “men need to be tough” don’t allow men to freely express their emotions. Individuals with more privilege also need to realize that they have the power to change this way of thinking. Everyone needs to be able to express their emotions in a proper way. We need to break this stigma.