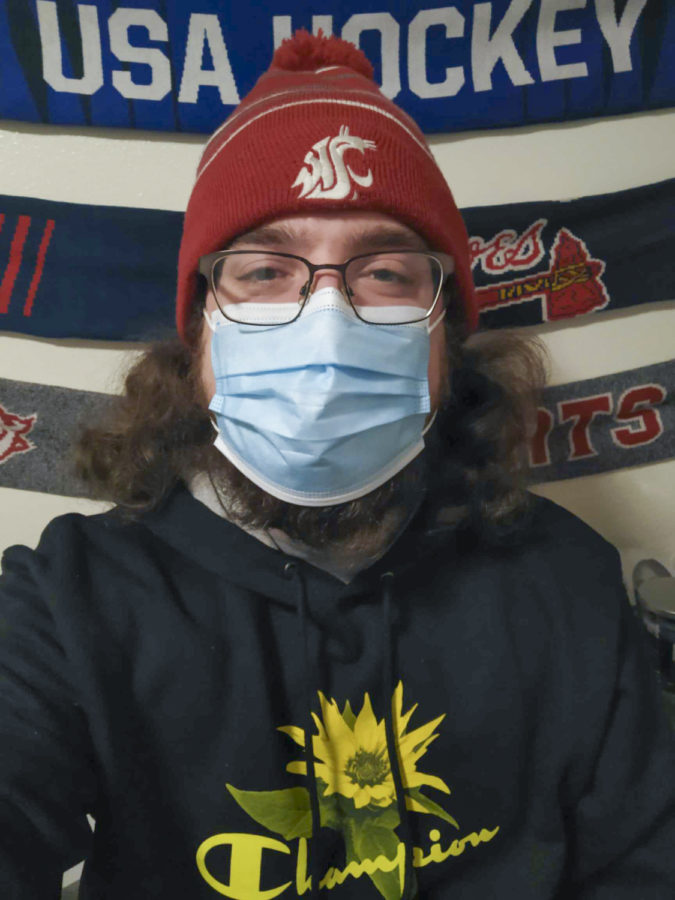 With how everything has changed in the last year, WSU Athletics is arguably where things have seen the largest changes over the course of the pandemic.

Everything shut down in the spring, making many athletes miss out on their seasons. Practice and training sessions ended, causing athletes to lose the routine they constantly live with.

Following the men’s basketball team’s 82-68 win against Colorado in the Pac-12 Tournament last year on March 11, sports shut down because of the COVID-19 pandemic.

Sports from baseball and basketball to golf and tennis all lost out on at least part of their spring 2020 season. Spring football was canceled too.

All through the summer, the stretch of no sports continued. The beginning of the fall semester continued to show no signs of WSU Athletics returning.

Then, on Oct. 3, the Pac-12 announced football would be returning. Over a month later, on Nov. 7, the Cougars got their first athletic competition in nearly seven months.

On that day, WSU was successful on the field, but the impact of the lost games and the lost ticket sales are things that continue to haunt the Cougars to this day. That has been the story of WSU Athletics in this era of COVID-19.

On the field, this has been one of the most successful periods for Cougar athletics. For the first time since 2012, WSU men’s basketball finished the regular season with more wins than losses.

Women’s basketball won a game in the Pac-12 Tournament for the first time under coach Kamie Ethridge.

Soccer, volleyball and rowing are all fielding teams ranked in the Top 25 nationally. Both cross country and track and field have put together really good seasons with fantastic individual performances. Baseball reached a record of 9-1 for the first time since 2010.

In competition, there is not a truly poor sports program at WSU. That is something that we have not been able to say for a while. Athletics director Pat Chun has done a fantastic job in managing the department by hiring great coaches who are doing a great job in both coaching and recruiting.

Records are being set by teams and individuals on a near-weekly basis. This is one of the brightest eras for the Cougars on the field, court, track and pool. Things seem to only be improving with the young talent on almost every team.

The issues are coming on the financial side of things. Chun joined the Cougars in January of 2018. Before he joined, the Cougars had already accumulated $69.3 million in debt. In WSU Athletics’ 2020 fiscal year report, they stated the total athletic debt is $125,234,383.

This is not Chun’s fault, however, as the department put together a plan when he took over showing that they would continue to operate in the red annually until getting back into the black in 2023. Now, that year might be pushed back even further due to loss of ticket revenue and media rights for canceled games.

Now is not the time to point the finger at WSU Athletics. It has been a subject of argument, especially recently, but the department’s plan was clear when Chun took over. It would take time to get back to being self sufficient. They were making progress as a whole until this pandemic crippled athletics departments at universities across the country.

To argue that this is a problem that is not being addressed is irresponsible, but that has been the argument.

It is just getting to the point where some fans are able to go to events, but they are still not ticketed fans. It is going to be a long road back for the Cougars with the financial devastation that COVID-19 left on WSU Athletics.