Game of the week: Malarky

You win if you find liar; if you are lying, be careful not to get caught 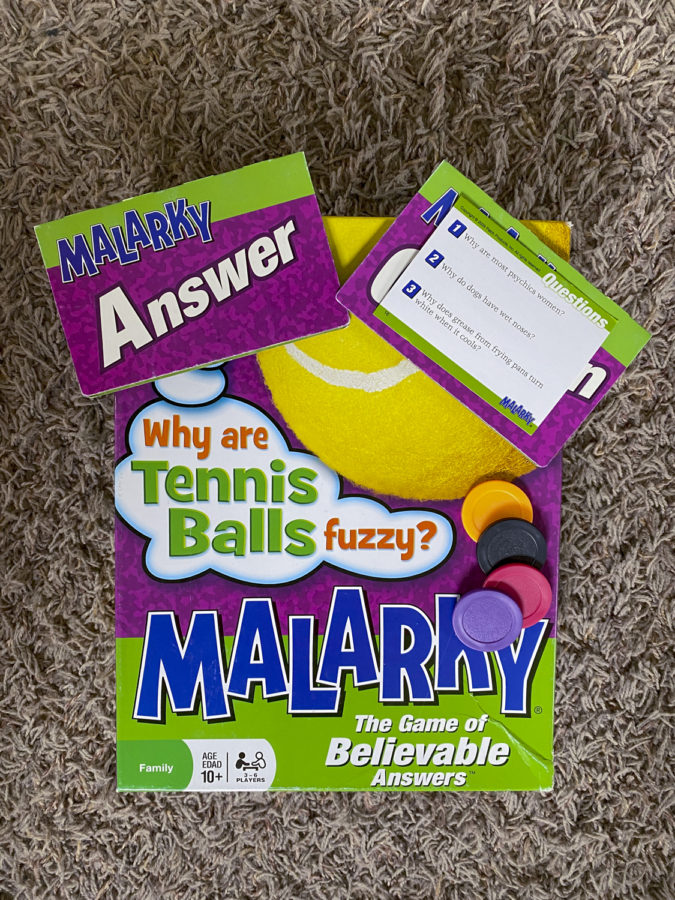 Malarky is a game of lies. Good luck figuring out who's the liar of the group.

We are all liars. Okay, maybe not all of us, just most of us. And maybe we’re not lying, we just have no idea what we’re talking about.

Malarky is a game for people with the enviable skill of talking their way through any situation. This game is for 3-6 people.

To start this game, every player selects a chip color. One chip is placed in front of the player to remind other players of their color. Each player receives a chip from each of the other players and also takes a black chip.

Next, one player will roll a die and draw a card. The number on the die is the question that is read. Then the card will be placed in one of the cardholders to be mixed with the others. Only one person will receive the correct answer to the question.

Players each pick a folder and read their cards for three minutes. Some people will be panicking at this stage, as the only help they get in answering the question is a card telling them to bluff.

Once the time is up, participants go around the circle spouting their mistruths, while one tells the truth. If a player tells the correct answer before play gets to the participant with the correct card answer, the one who got the card has to quickly make something up.

After all the players have given their answers, voting begins. Each player takes a chip into their hand that corresponds with the person they think is telling the truth. The person with the correct answer in their card will use the black chip unless their answer was stolen.

If someone is certain they had the right answer, they can decide to vote with an empty hand. Players hold out their fists in the middle with the chips inside and reveal their chips at the same time.

Players receive a point for each coin in the middle that has their color. Players receive a point for voting for the person with the correct answer. If a player had the correct card and the answer was stolen by an earlier player, yet they are still voted for, they get two points. If a person reveals an empty hand and they did not have the correct answer, they lose two points. Players can decide how many points they wish to play until.

I love this game because it allows people to get creative and come up with some out-of-the-box ideas. There have been many times that I thought someone was telling the truth for sure while they were making up every little fact. Some of the answers have been very intricate.

If you have played this game before or decide to try it,  let me know what you think in the comments!