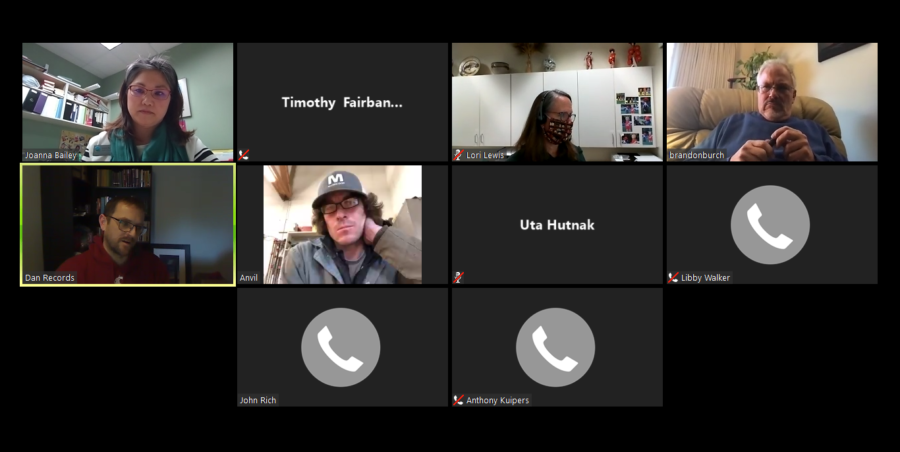 “We wanted this specific piece of art to be a statement from the city, driving the conversation ... of how to end racism,” said Dan Records, Pullman City Councilmember and subcommittee chair.

The Pullman Arts Commission discussed the timeline for the End Racism Now mural during a meeting Tuesday afternoon.

PAC hopes to finish the mural by June 19. If the mural is not fully completed by then, PAC will create a rendering of the mural instead, said Dan Records, Pullman City Councilmember and subcommittee chair.

The city is restarting the project and committees involved are currently considering how they will accept submissions. The committee discussed ways to better incorporate public opinion while creating the mural, he said.

“We wanted this specific piece of art to be a statement from the city,” Records said, “driving the conversation … of how to end racism.”

Community members can provide feedback on what they think should be included in the mural. The committees will also reach out to people of color in the community to ensure their considerations are included in the project, Records said.

If everything goes according to plan, committees will use feedback from the town hall meeting to create a survey to receive community consensus about what will be included in the mural, Records said.

Survey results may be used to create a request for qualifications form for artists to submit before proposing a submission. Ideally, RFQs are intended to help PAC determine which artist is best suited to create the mural, he said.

Records said PAC would determine which qualifications are required for future artists to paint the mural. Potential qualifications may include fields of expertise, whether that be creating murals or other artwork, and the artist’s knowledge regarding the issue of racism.

PAC Member Brady Boone said he is afraid the committee will miss out on many great submissions if artists are required to submit RFQs. He said the project should be focused on the meaning of the art, not an artist’s prior experience.

There is potential to extend the project over the next several years. Records said the conversation of racism is ongoing and the issue is bigger than a single piece of art.

“This is not just a one-and-done art piece,” he said.

The mural will likely be created on a wall stretching over 100 feet long at the intersection of Spring and Main streets, Records said. More panels of art may be added after the first mural is up.

If additional panels are constructed, they could be rearranged over the years and moved to various parts of the city to accommodate more art, he said.

Records said the mural’s theme has the potential to reflect the community’s shifting conversation about ending racism.

“How we talk to each other about racism is not something that is going to be fixed in a single event,” he said.

If the mural is completed on schedule, the project will coincide with a possible community Juneteenth celebration, commemorating the end of slavery, Records said.

The festival would be held in downtown Pullman. The celebration would include local businesses and highlight the finished mural. Event planners could incorporate food vendors and educational resources to get the community involved.

“The city’s going to be engaged in this in the long haul,” Records said.

*Editor’s note: This article has been updated to reflect information from City Council.