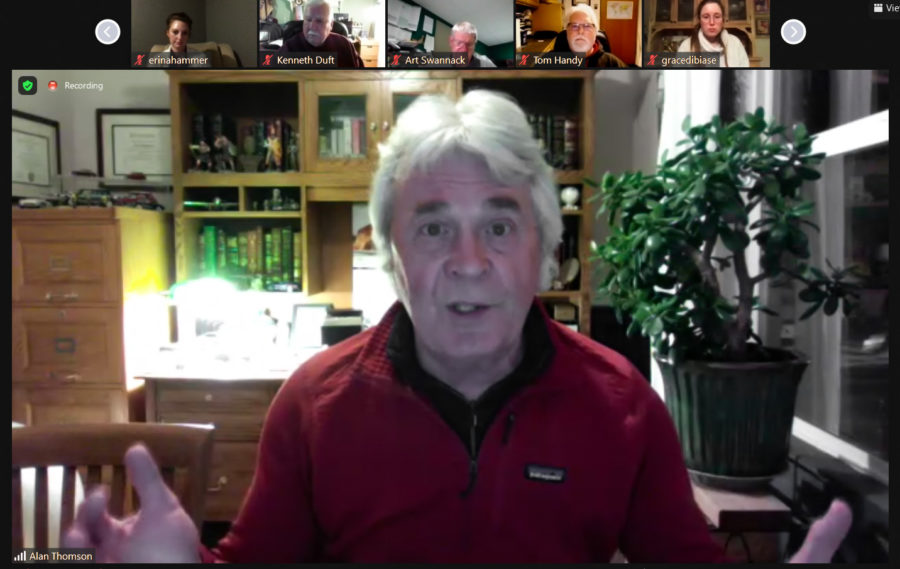 Whitman County residents can complete a public input survey to guide the creation of the plan. So far, 280 responses have been collected.

Public officials and community members discussed priorities to include in a county document that would guide decisions for the next 20 years during a meeting Wednesday night.

Since 1978, the Whitman County comprehensive plan has not received a complete update. Todd Hall, planning manager for LDC, Inc., said the updated plan will reflect shifted public attitudes, as well as changes in demographics, economy and resource use.

However, the county chose to incorporate other topics into the plan, like transportation, economic development, land use and public services, he said.

County residents can complete a public input survey to guide the creation of the plan. So far, 280 responses have been collected, Hall said.

LDC, Inc. planner Matt Covert said community members ranked the diversity of businesses and jobs, preservation of agriculture and the conservation of natural resources as the top three county priorities.

About 80 percent of respondents said caring for natural resources is important to the future of the county, Covert said.

Out of the responses, about 28 percent of respondents have lived in the county for more than 40 years and about 20 percent marked 10 years or less, he said.

Covert said the group will look into the future of cluster zoning in the Pullman area, the Pullman-Moscow corridor and job creation.

Commercial and agricultural development took the forefront of discussion.

Thomson said the current code limits the amount of water commercial and residential developments can use in unincorporated county areas. One parcel is allowed up to 5,000 gallons and one water well.

“Typically businesses want to be close to the urbanized area, so it would be not far out of Pullman and Colfax,” he said.

Commissioner Michael Largent said the population in rural areas has declined, mostly due to a deficiency in farmers.

Hall said the decrease could also be from economic challenges, including businesses closing or people moving away.

Thomson said several residents asked about the ability to build a second home on their farm property to house family members. Due to the current code, only one house is allowed per parcel.

Resident Kim Weerts said she knows many ranchers and farmers who need the next generation to take care of the land while living affordably.

Commissioner Art Swannack said the town of Oakesdale has been “an anomaly.” Families who work in Pullman, at companies like Schweitzer Engineering Laboratories, move there to raise their children in a small-town atmosphere, he said.

“They’ve got a relatively decent road to drive down there,” Swannack said. “I think the road system is pretty important and the ability to get around successfully year-round.”

Hall said the next public comment meeting for the comprehensive plan update will be in July.