WSU was unable to meet COVID-19 protocol to play on Friday, Sunday 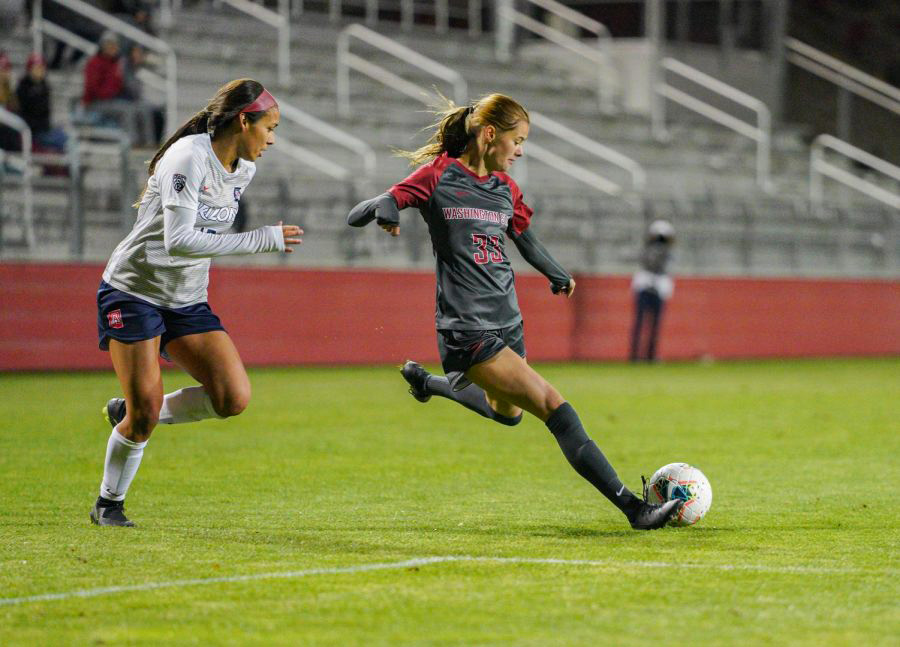 Sophomore Grayson Lynch has scored one goal in her four games played this season.

The WSU soccer team’s weekend matchups against the Cal Golden Bears and Stanford Cardinal have been canceled due to COVID-19 complications.

On Thursday afternoon, WSU Athletics released a statement saying, “Due to recent COVID-19 protocol developments within the Washington State soccer program, the Cougars matches against Cal (Mar. 12) and Stanford (Mar. 14) have been canceled. The games will not be rescheduled.”

The school is going to work with the county in order to plan a safe date to continue play, according to the statement.

The news comes after a similar statement was released on March 2, in which the Cougars’ matchups against Arizona State and Arizona were canceled.

The No. 13 Cougars were planning on playing their first games of the season on the Lower Soccer Field this weekend. All their other home games have been played at the Indoor Practice Facility due to adverse weather conditions.

WSU is 4-0-1 this season, as the team was able to play five games to start the season before they’ve had to cancel the last four. Their matches against No. 16 Cal and No. 18 Stanford were both highly anticipated being that all three teams are nationally ranked.

The Cougars next scheduled matchup is against the Washington Huskies at 7 p.m. on March 19, but the status of that match depends on if the team is approved to play.