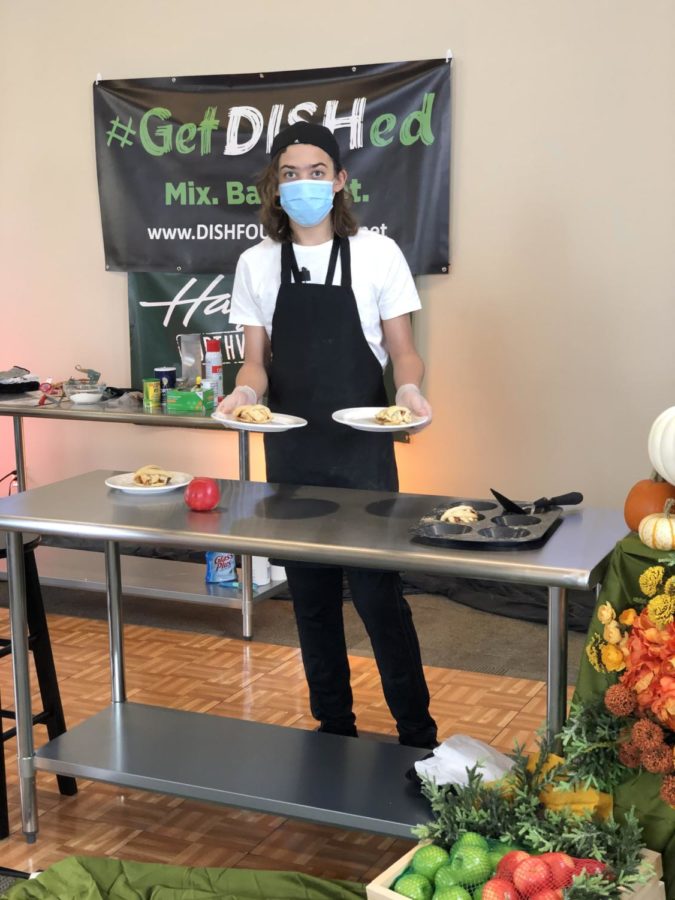 Suzanne Taylor was making breakfast with her son, Kaden, one morning in 2017 when he said he wanted to cook when he was older. He began jumping up and down, still holding a spatula in one hand, when Taylor told him that the future is possible for him.

Taylor founded a nonprofit organization in 2019 called DISH Foundation, which stands for dignity, independence, sense of purpose and hope, to employ and educate individuals with intellectual and developmental disabilities.

“In today’s corporate world and business world, their business model just doesn’t fit for individuals with IDD,” Taylor said. “So what I’m going to do is create a different business model that will work.”

Taylor, who also works as an insurance agent, said she knows how to operate a business in the restaurant industry as she used to own The Cougar Cafe in Pullman. She and her husband ran the cafe during and after her pregnancy with her daughter. They later sold the cafe and moved to Bellingham.

Taylor said the foundation’s goal is to train and employ individuals with IDD to run a kitchen. This includes not only cooking but also washing dishes and serving customers.

Taylor said she is doing this because there are limited opportunities and resources for individuals with IDD to find gainful employment. It begins when children with IDD are three years old and the school district takes on their education through early intervention and therapies.

The children are given an individual education plan, which usually includes attending a school’s life skills program, Taylor said. Students with IDD do not age out of the school system until they are 21, and because there are few employment opportunities for them, they remain fully dependent on their parents.

Children who are neurotypical, meaning they do not have an intellectual or developmental diagnosis, are prepared from an early age to pursue higher education or trade schools, she said.

“We don’t really do that for our children who have other challenges, who are born with IDD,” Taylor said. “I think it’s about time that we work on that and that we change that a little bit.”

The foundation is financially supported through donations, fundraisers and profit gained from selling food products through Our Kitchen. Our Kitchen is a separate entity created in 2020, also founded by Taylor, which is in charge of mass packaging, wholesale packaging and package distribution.

Our Kitchen will be the name of the cafe and commercial kitchen Taylor hopes to begin running by next year. The kitchen will be run by individuals with IDD, specifically those trained by the DISH Foundation.

The partnership between the two businesses was planned since the beginning, she said.

“It’s not really fair to … put that pressure on another business when they’re trying to make ends meet,” Taylor said. “The natural solution to me was, well, we just need to create that as well, and the two entities are going to work together.”

Food products can be purchased on the DISH Foundation’s website through Our Kitchen. Products include pretzels, chicken dishes, and other baked goods, like muffins, cookies and banana bread. Vegan options are also available. The products are available for nationwide shipping.

Our Kitchen is already providing products to local Bellingham businesses like bars and taverns, as well as a school district in the state, Taylor said.

The products are made by individuals with IDD and volunteers, she said.

Vennesa Toland, DISH Foundation volunteer and health and safety coordinator at Bellingham Christian School, did not know about the foundation until Taylor, her neighbor, came over one night.

“[She] told me about her vision, and I was all in to do whatever I could do to support that because I strongly believe in equal opportunity for people with IDD,” Toland said.

The foundation began filming a video competition series called #GetDISHed late last year where participants with IDD were tasked with making a specific dish like pizza or pie and presenting their dishes to a panel of judges, Taylor said.

Toland served as a support partner for her son, Kellan, while he was a contestant on #GetDISHed’s first episode. Kellan is 13 years old and has ADHD.

Toland said Kellan loves cooking competition shows, so he was excited to be a part of one. Kellan ended up making a small caramel apple pie and winning a gold-painted wooden spoon award for best presentation. Kaden also competed in this episode.

Four episodes of the series are available on the foundation’s YouTube channel. Taylor said they are currently looking for more sponsors to help fund upcoming videos.

There are three contestants every show, Toland said, and each contestant has a support partner. Three awards are available: best presentation, best flavor and best creative.

“We did it later for Thanksgiving, [and it was] a million times better,” he said.

Kellan is a fan of making baked goods, but Toland said she is trying to also get him interested in cooking. He has a six-quart commercial KitchenAid mixer on his Christmas wish list.

“I just like the appliances, I really like knowing how to use everything in the kitchen,” Kellan said.

Kellan said his goal is to attend the Institute of Culinary Education, which is a top culinary school in New York.

“I just think it’s a good learning experience whether he ends up going to a culinary school or not,” Toland said. “He’s still learning valuable skills for life.”

Toland said they continued to help with the competition’s production even after they competed in the first episode. They helped with check-in, registration and moving equipment when necessary.

“We’re just glad to be part of something, have a chance to prove who they are and that they’re worthy of acceptance,” Toland said. “We have no idea what people can do or what people are going through, and we just need to be open and willing to accept it.”