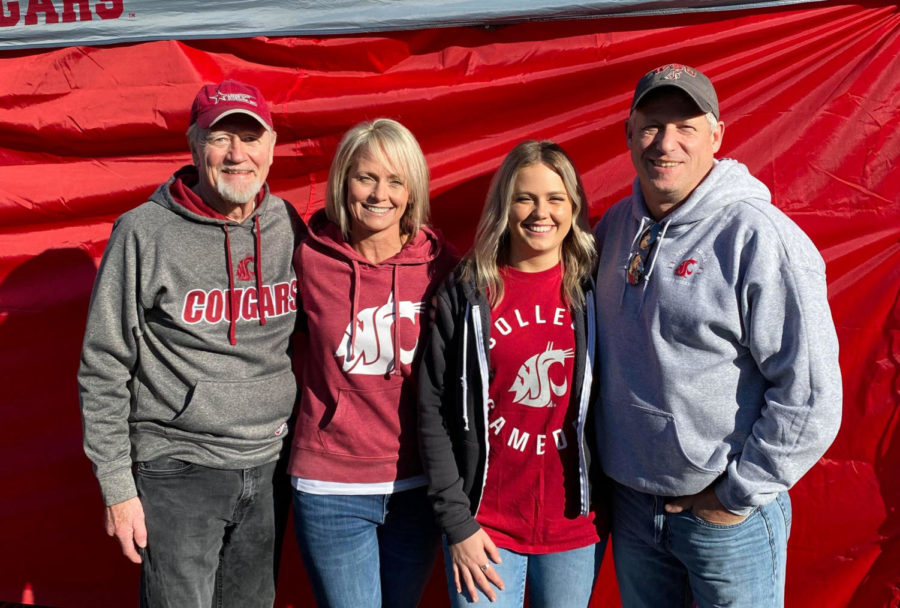 Cavanaugh's friendship with Murrow lasted a lifetime. Murrow always had a cigarette in his hand.

One family can trace ties to WSU dating back to the early 20th century.

Pat Cavanaugh said his father, Ed Cavanaugh, attended WSU in the 1930s. He roomed with one of the university’s notable alumni, and their friendship continued for a lifetime.

For a year, his father roomed with Edward R. Murrow, a broadcast journalist and war correspondent. As depicted in the movie “Good Luck, and Good Night,” Murrow always had a cigarette in his hand, Pat said.

The two roommates did not have extra money to spend on new suits, Pat said. Instead, when Ed went on dates, he would trade with Murrow so it would look like the two were not wearing the same suit every day.

When it was Pat’s turn to attend WSU, he said he also joined the Kappa Sigma fraternity, as well as ROTC.

When Pat graduated in 1966 with a business degree, he took over the family shop in Auburn, the Cavanaugh Ace Hardware. Previous family generations founded the store in 1887, before Washington became a state, he said.

Pat’s daughter Kelly Cavanaugh Thorsen, said she would help around the store making about 75 cents an hour when she was 12-years old. She continued to work for her father throughout high school.

“If somebody would come in, you would find what they needed,” Kelly said. “No matter what you had to do.”

Although he had to close the store in 2008, Pat said he remained connected to his community through the local chamber of commerce and as president of the Auburn Downtown Association.

Pat said his wife, Janice Cavanaugh, who passed away this summer, was a die-hard Coug fan.

Kelly remembers hearing her mother jump up and down in the living room while watching WSU football games.

Following in her father and mother’s footsteps, Kelly said she graduated from WSU in 1987 with a family and consumer sciences degree.

Kelly said she met her husband of 22 years during homecoming week in 1994. She did not know he had lived in the same WSU residence hall as her sister a few years before.

The couple then had two daughters. One is now a WSU junior and the other is a high school senior planning to attend WSU in the fall, Kelly said.

Macey Thorsen, junior public relations major, said her nerves skyrocketed before she arrived on the WSU Pullman campus. Now, her younger sister, Hailey Thorsen, will be in her shoes this fall.

Macey said she and her younger sister are opposites. Hailey liked math and science, and she has a “type-A personality.”

“When I left for college, I realized how much I really do miss my sister,” she said. “I’m excited for her to come here and have her own experience.”