Participants received about $50 worth of culturally-focused prizes 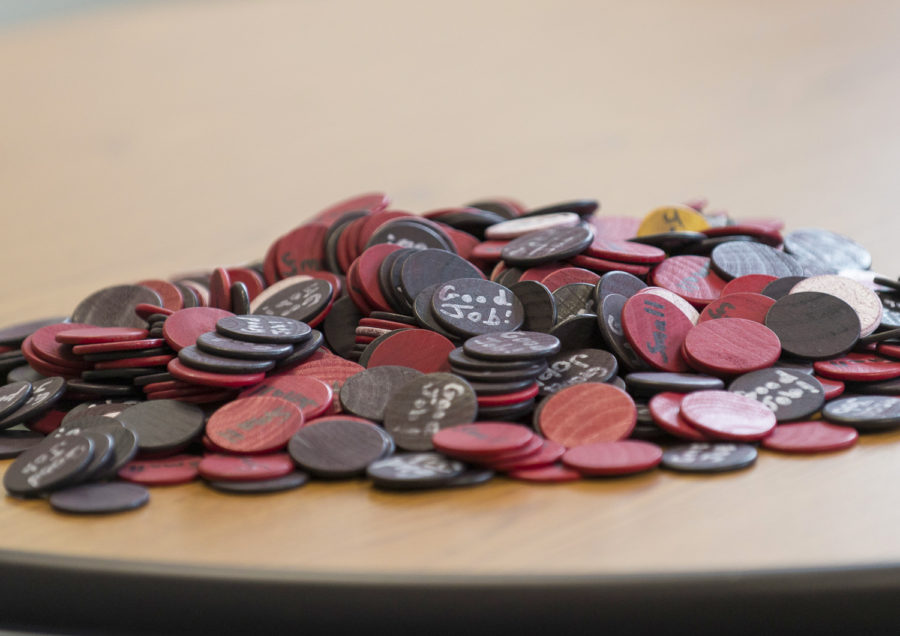 Participants received a token each time they returned a urine sample that was negative for alcohol. The tokens were put into a drawing. The person whose token was drawn received a prize, which could be fishing supplies or beading supplies.

One WSU study found that American Indian and Alaska Native adults struggling with alcohol use disorders had 70 percent higher odds of abstaining from alcohol when researchers used contingency management.

For the study, published in JAMA Psychiatry, 158 Native community members participated over the course of 12 weeks, said Michael McDonell, lead author  and professor in the Elson S. Floyd College of Medicine.

Each person left samples for rapid urine tests twice a week, he said. Then the urine went through ethyl glucuronide (EtG) testing, which detects alcohol for up to three days.

Participants would receive a token every time they returned a negative urine sample. The longer the participant went without using alcohol, the greater chance they had for drawing prizes, Hirchak said. However, there were no negative consequences for drinking alcohol.

The researchers used culturally-focused prizes and personal items as incentives, Hirchak said. Such objects added up to about $50 per person and included beading supplies and fishing equipment as well as gift cards, shampoo and family activities.

“I think it’s a great example of how there can be a genuine partnership between researchers and communities,” McDonell said. “The research addresses what the community would like to have addressed and begins on their own terms.”

McDonell said the team met with partners from both rural and urban areas in three Native communities, one each in Alaska, the Pacific Northwest and the Northern Plains. The entire study lasted for about seven years.

To lessen potential financial barriers, researchers offered free transportation to clinics, Hirchak said. The team did not find any differences in results between rural and urban locations.

Hirchak, a descendant of the Eastern Shoshone Tribe, said she started on the project as a graduate student and continued with the study as a faculty member.

“I am very passionate and committed to addressing health inequities in Indigenous communities,” she said. “Substance use is something that continues to disproportionately and negatively impact tribal communities.”

McDonell said this research is the largest of its kind in any population.

“Usually, when we do treatment development research, researchers see if the treatment works in white people first,” he said. “Then we test to see if it works in specific racial or ethnic groups, or we don’t test it at all in these groups.”

Tribal partners have already implemented contingency management in their clinics based on this research, McDonell said. Other organizations around the U.S. have also expressed interest in applying the intervention technique.

He said the team recently received funding for further research through the Native Center for Alcohol Research and Education. Hirchak was awarded an additional grant to sustain their research in alcohol treatment in American Indian and Alaska Native communities.

“It allows us to expand our work beyond the study to impact more communities,” he said.