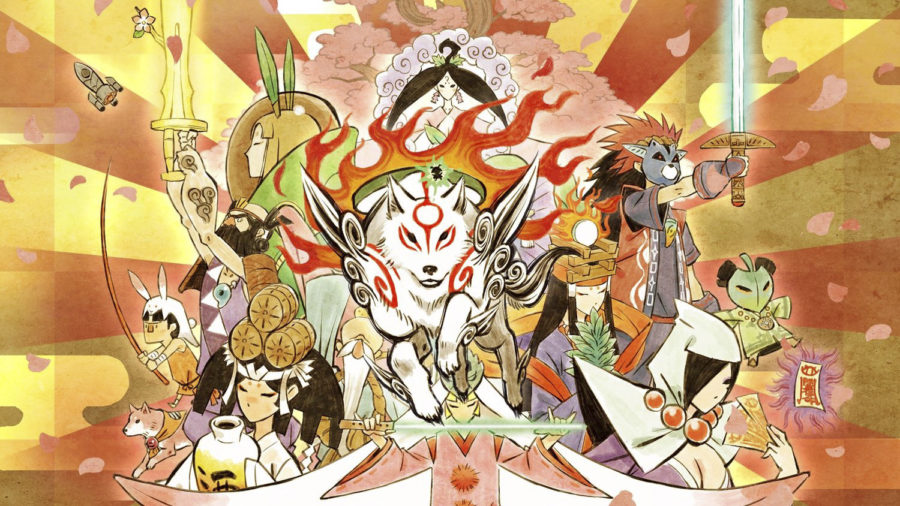 Okami was originally created in 2006 by PlayStation

Welcome back to The Hero’s Journey, a weekly review focusing on video game design.

“Ah … Amaterasu. Origin of all that is good and mother to us all … For too long, I, Kazegami, god of wind, have walked a shadowed path. At last, light shines upon me. Use my power to manipulate the wind! Banish those who would seek to shroud this world in darkness!”

Much like its goddess/wolf protagonist, “Okami” is a force to be reckoned with. It is perhaps one of the best representations of a video game as a work of visual art. Its highly-stylized environments and characters are a living painting, drawing inspiration from traditional Japanese folklore, the ink-wash painting style Sumi-e, and a reverence for the natural world.

The setting is one of its strongest features. Set in a fictionalized feudal Japan, it is a world where gods slumber, waiting for the return of Amaterasu. She is the sun goddess of the real-world Shinto religion who has been incarnated as a white wolf to destroy the evil forces that have overtaken the land.

It has the feeling of a real epic adventure, and it does a great job of living up to its “playable legend” concept. There is a reason the story of “hero goes off on a journey to become stronger and vanquish evil” is one of humanity’s oldest and most compelling, no matter how many times it is told.

Central to everything in the game is the theme of restoring balance to nature and bringing life back to a destroyed landscape. It is inarguably beautiful, but it also delivers on gameplay with its fantastically inventive “celestial brush” mechanic.

Used both in combat and while exploring, the brush gives you the ability to paint ink directly over almost anything, defeating foes and altering the world. This allows you to do everything from creating gusts of wind, slowing time or making cherry blossoms bloom on trees.

It is an incredibly satisfying feeling to go into a new area and bring it back to its former glory. What starts as a dark and dingy place slowly starts to come to life as trees and flowers spring up, wildlife returns and the colors brighten.

I cannot count how many times I’ve replayed “Okami,” but it is still a joy every time. Its stylization and creative concepts have allowed it to age exceptionally well, and its status as a long-time cult classic endures.