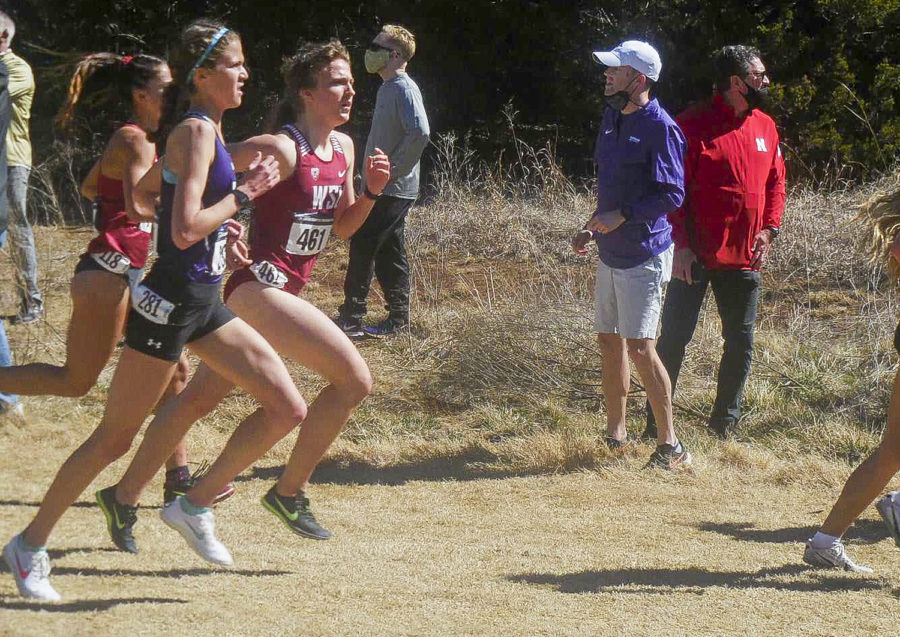 Mullins at the NCAA Championship in Oklahoma.

The WSU cross country program had a great season given the circumstances with many athletes getting to stretch their legs during these historic times. It was Erin Mullins who capped off the season for the Cougars with an appearance in the NCAA Cross Country Championship.

Mullins, a redshirt junior from Leavenworth, Washington and Evergreen tennis reporter, laced up Monday morning and joined 255 of the best collegiate runners in the country for the race of the year.

The event took place in Stillwater, Oklahoma, and Mullins was the only WSU athlete at the race.

Mullins finished 13th overall in the Pac-12 Championships on March 5 where she ran a time of 19:56.90. That finish gave her a nod as a second team All-Pac-12 selection.

The Cougars finished third overall in the women’s race, with 85 points on the scoreboard, and a fifth place standing in the Pac-12 Conference.

The last WSU women’s runner to earn All-Pac-12 honors was when Vallery Korir did it in 2017. Korir was also named an All-American during that season.

In this race, which was packed with All-Americans, Mullins ran a time of 21:41.5 and was the 123rd athlete to cross the finish line.

The race itself was a 6-kilometer course, which translates to just over 3.7 miles.

Ultimately it was BYU who was crowned National Champions of the women’s cross-country world, followed by North Carolina State in second.

The Pac-12 conference did get some recognition at the top, as Stanford totaled 207 points to bring home third place overall.

The first runner to cross the finish line at this year’s NCAA Cross Country Championship was Mercy Chelangat, representing the Alabama Crimson Tide. She won the individual national title after finishing the race with a time of 20:01.1.

“[Mullins] had an awesome race today, especially with it being her very first NCAA Championship,” Phipps said.