A new family moved in next door — are they quite as mystifying as people think? 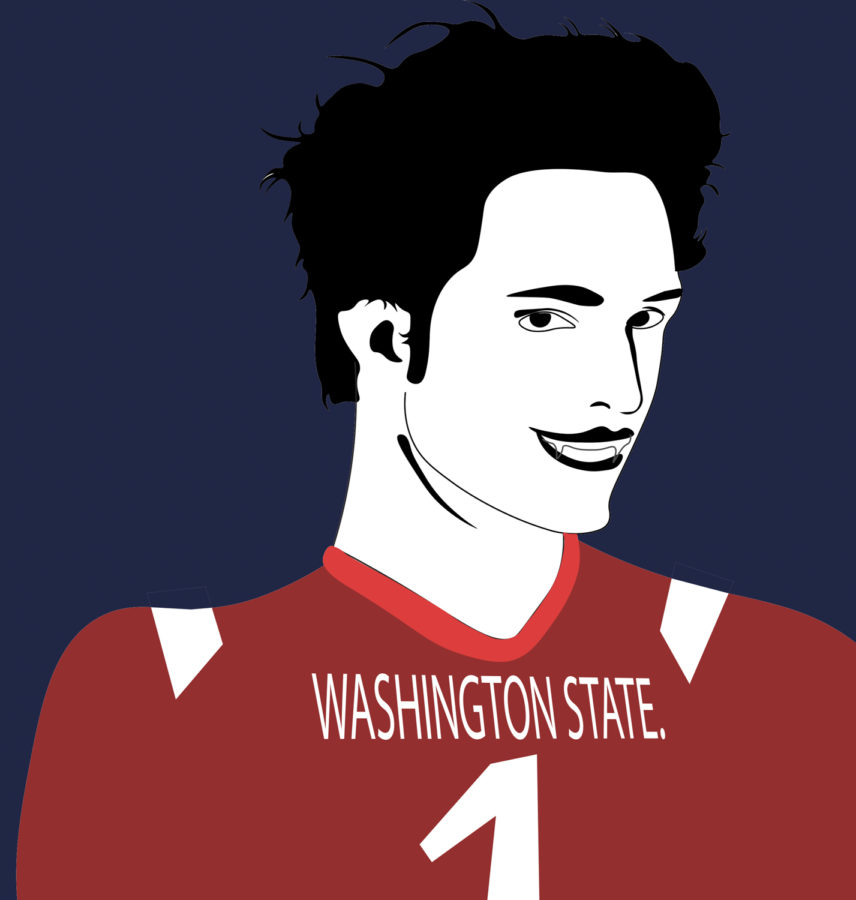 Edmund is trading in The North Face rain jacket for a Cougar Football jersey.

Pullman recently welcomed the Callum family to the area. Although this might seem like insignificant information, there is more than what meets the eye when it comes to the Callums. Through an in-depth investigation, I have come to the conclusion that the Callums are vampires and I have the evidence to back this up. There have been reports of Edmund Callum and his siblings acting quite bizarrely.

“He stopped the Wheat bus in its tracks when he was trying to save that new girl, Anabelle Goose,” said Travis McTruth, a student from Pullman High School.

Edmund’s excuse? Simple. It was steroids.

“It’s very normal, look it up on the internet,” Callum said.

Other students describe the Callums as deathly pale and mysterious.

“They are just so … mystifying,” Bridget Flirtana said.

My boss told me to pursue this lead strongly so I observed Edmund Callum. What I found was shocking.

Using a high-speed mountain bike that was specially configured for forest travel, I was able to follow Edmund and Anabelle, who were traveling at an extremely high speed. By foot.

Edmund stopped in a clearing to tell Anabelle a startling confession. This is a transcription of the conversation.

Edmund: “I’m created to kill,” with a lip bite.

Edmund: “I’ve killed before,” while flexing his muscles.

Very concerned about the fact that Anabelle did not care her new boy toy was a murderer, I crept closer to hear more.

Edmund, flipping his luscious hair, stepped into the light to reveal that he glowed like a Christmas tree.

“This is what I am … a disco ball,” Edmund said, giving Anabelle a striking smolder.

I was temporarily blinded by his gleaming skin. It made me write a note to myself to apply more sunscreen in the future. In order to get more information, I decided I would keep an eye on them.

During a typical swirling Pullman snowstorm, the Callums converged on one of our wheat fields.

From a secret perch in a tree, I observed the Callum family’s game of cricket. Music, the source of which I could not identify, started playing as the Callums hit the ball.

With every strong whoosh of snow, they would hit the ball at the speed of a super large collapsed star. Soon into the game, another group of vampires addressed the Callums.

Both groups just stood there for 10 minutes and hissed at each other. With my evidence in hand, I hopped out of my tree and into the newsroom.

Beware, Pullman, there is a new family of vampires in town, so lock your doors and lock your windows, for you do not know when Edmund Callum will come knocking at your front door and try to sweep you off your feet and into his fangs.