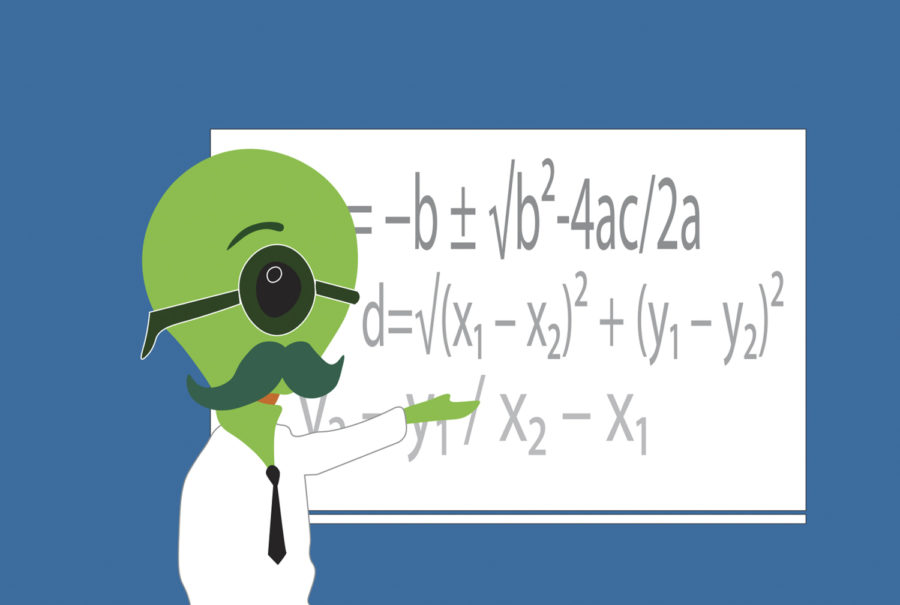 WSU students have recently been noticing strange occurences on Zoom. What started out as innocuous Zoom glitches and creations of tired minds seems to have sinister undertones.

Reports of strange occurrences on campus have been circulating through all major social media sites, whispers of something sinister stirring behind the scenes. These posts, mysteriously deleted shortly after they first appeared, caught my attention.

“Every now and then, the camera on Zoom will glitch and the professors’ faces will change,” Spæsseman said, adjusting the blinking Christmas lights on his tinfoil hat. “I’m telling you, something’s up. One of them was green with pointy teeth, another one blue with big black eyes … just staring at me, unblinking.”

Spæsseman said he thinks the professors have merely been masquerading as humans, aliens trying to educate students so the students can build their weapon of mass destruction for them, unknowingly.

“I think their base of operations is inside the clocktower,” Spæsseman said, noting that anything that glows such an ominous red all night had to be hiding something.

He said when he walked past it a few nights prior, he saw a shadow moving behind the hands of the clock. Larger than a person but vaguely humanoid in shape, the shadow Spæsseman saw was described as having a cone-shaped head.

“It was freaky, man,” Spæsseman said, shuddering at the recollection. “We can’t trust these professors, what if they’re planning something worse than a death ray? What if they’re like, draining our brain cells to extend their life or something?”

Spæsseman’s theory, while intriguing, left me with many unanswered questions. I, too, recall the ominous aura surrounding the clocktower. With his words in the back of my mind, I attended class the next day.

I am unsure if I was spacing out, or if I imagined it, but at one point I noticed it. My professor’s screen glitched, and I saw what Spæsseman had been talking about. For a brief moment, my professor’s kind smile was replaced with something very different.

Astra Nott, professor of biology, said she thinks all of this is nothing to be concerned about.

“I mean, I used to work at a lab trying to grow plants in the soil samples from space. I was pollination technician seven. If I were going to be seeing aliens, I think I would have at least seen an alien plant or two, right?” Nott said, laughing.

Something about her laugh unsettled me. I saw the camera glitch again. It made me question whether or not I was running low on sleep, but Nott noticed my apprehension and smiled. I thought she had too many teeth.

“Students like to party. No surprise that someone hungover or high might struggle to process that a glitch is just a glitch,” Nott said, “A death ray is an unoriginal idea anyway. If I were plotting to take over the world, don’t you think a hive mind sounds more fun?”

Nott spent an hour talking about the logic behind using mind control and the benefits of a hive-mind society with undue excitement.

All I could think about as she spoke was a comment Spæsseman made.

“They’re brainwashing us, reading our minds!” Spæsseman said, “Wake up, sheeple, they’re hiding among us and you don’t even notice!”