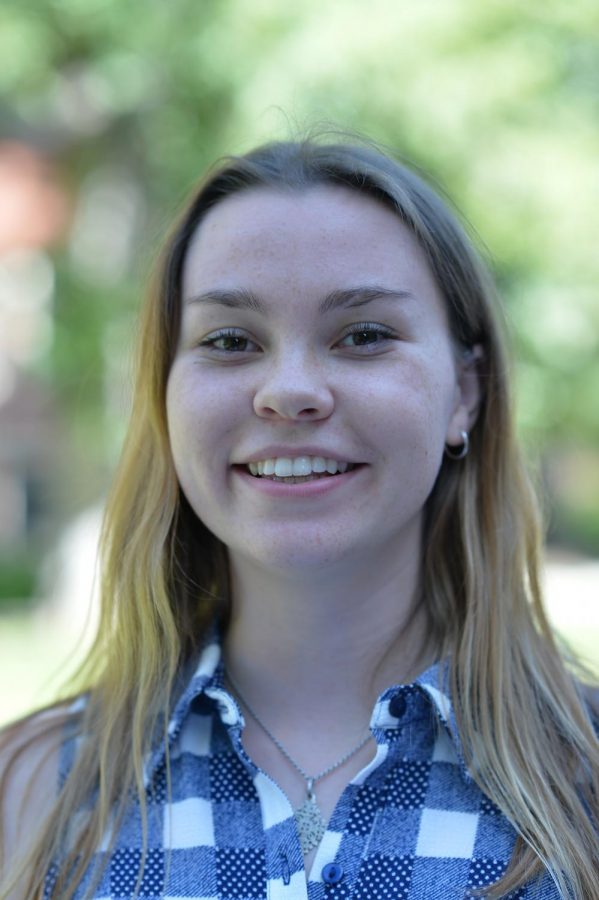 Quinlan said The Daily Evergreen helped prepare her for her current job at the Spokesman Review.

Maggie Quinlan, breaking news reporter at The Spokesman Review, worked at The Daily Evergreen during her years at WSU.

Quinlan worked for The Daily Evergreen from May 2018 to April 2020. She worked as a reporter for the summer and fall semesters of 2018, and she was the editor for Roots, known as Life at the time, for the spring semester of 2019. During the 2019 summer semester, she was the managing editor and ended up as the Mint editor and working as a columnist in the 2019 fall semester.

She said The Daily Evergreen is a great place to work. It gives people the opportunity to learn hands-on because Pullman is such a small town, and it is easier to report on things that matter.

“One thing I’m really proud of was [doing] a stats analysis of WSU police arrests and that story was kind of a spark for a discussion at WSU about the policing. I know they opened a forum related to it after that story,” she said. “That was cool to be able to do something that actually kind of changed WSU policy.”

Quinlan said she was able to write a story about women in the Pullman area who had gotten abortions, as well, and she thinks the story had a huge impact on its readers.

The Daily Evergreen is one of the first places where she made decisions that resulted in consequences, she said.

“You are doing real life things without much experience,” she said. “You learn very quickly how awful it is to make a big mistake, so I think it makes you more careful.”

Quinlan said she felt like a real adult when working at The Daily Evergreen, and she enjoyed writing.

She said it is nice to go from being an inexperienced writer to writing serious pieces and making your way up at the paper within a few months.

“I remember [being nervous for] my first interview for my reporter position. I was sweating profusely and I was jittering like I just had five cups of coffee,” she said. “Then four months later I was nonchalantly interviewing people to be my reporters. That’s the cool thing about the Evergreen, you come in this shaking little kid and four months later you feel like such a badass.”

Quinlan said she enjoyed working with people within the same age group at The Daily Evergreen as well.

She said the friends she made are not just college friends, but friends who have the same motives and are passionate about the same issues.

Quinlan said she enjoyed the newsroom in general, and being there helped with building relationships.

“I think I became a way better writer at The Daily Evergreen, and I think I understood what the idea of news is, but there’s a lot I didn’t know because I was a student journalist,” she said. “The Spokesman has a different pace than the Evergreen, but it did prepare me in a lot of ways.”

The main difference between The Daily Evergreen and The Spokesman Review is that a well-written article could go to other newspapers around Washington state, such as the Seattle Times, which does not happen at The Daily Evergreen, Quinlan said.

Quinlan said she has also noticed a difference in events in the community in Spokane compared to Pullman.

“I have a heavy emphasis on crime and in Spokane, we have a lot of violent and crazy crimes and complicated drug dealers and gang stuff,” she said. “In Pullman, the extent of the crime reporting you do is a bar fight. So, I think that one of the big differences for me is the city versus the small-town environment.”

“Another thing the Evergreen is great for is setting really low expectations of pay,” Quinlan said. “The amount they pay at the Evergreen is so disgustingly low. They pay you the amount for three hours of work and you’re there for like eight hours.”