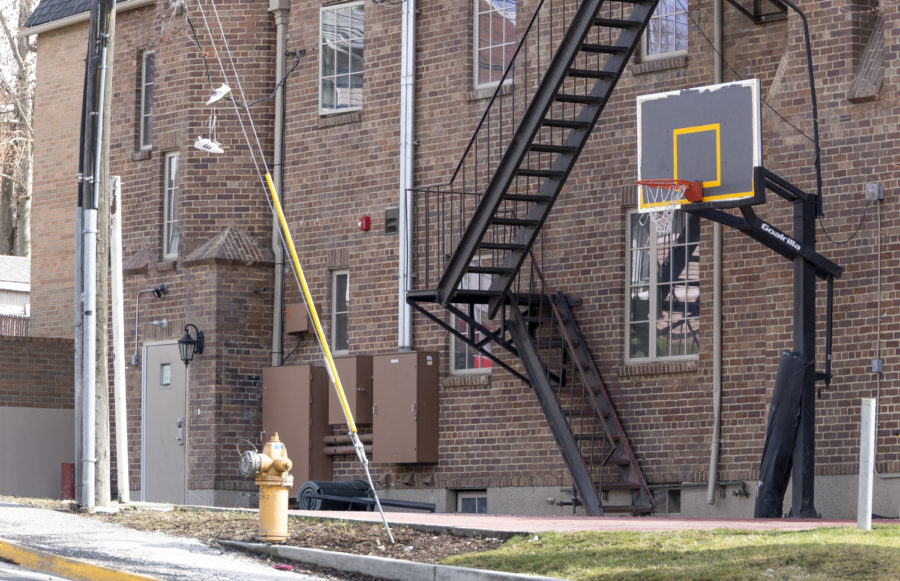 Leaders of Greek Row recently implemented a freeze on social gatherings within Greek life, and people are shook.

I have heard people complain about not being able to see their brothers or sisters within Greek life and having to cancel plans with them because of this freeze.

Chad McWhiteclaw, president of Phi Di Nu, said he was not happy when he heard about the freeze.

“I mean it’s not our fault,” he said. “So what the COVID cases have gone up? [The school] is the one who gave us St. Patrick’s day off. They should’ve seen it coming, to be honest.”

McWhiteclaw said he wishes faculty would understand the students are not the problem.

“They invited us to campus in the middle of a pandemic, then get mad at us when we socialize on campus,” he said. “Most people stayed home, anyways, so it’s not just the student’s fault.”

He thinks the people on Greek Row are completely innocent in this upsurge of COVID-19 cases.

“Us frat guys don’t do anything wrong,” he said. “All we do is just hang out and get lit. There’s no harm in that.”

McWhiteclaw said he just wants to hang out with his friends on the weekends.

“Saturdays are for the boys, dawg,” he said. “How am I supposed to drink with the boys if I can’t ever see the boys?”

Even though McWhiteclaw is devastated about the freeze, Brittany Boozerton agrees with it.

Boozerton, president of Alpha Oregano Chi, said she is already a closeted introvert, so the freeze would help give her time to do some work on her own.

“I won’t have any distractions, so I can get a lot of my work done for the week,” she said. “I mean, the entire sorority has my phone number. If anyone needs me, they can just call.”

Boozerton said she thinks the freeze would be a good idea to get COVID-19 cases back down, but she does agree with McWhiteclaw on the idea that it is not the students’ fault.

Boozerton said even though she is somewhat of an introvert, she will miss the parties and the social gatherings during the freeze because who doesn’t love some free booze, sharing Juuls and dancing with hot guys?

“How am I supposed to find Mr. Right if I’m not allowed inside their houses?” Boozerton said. “The houses smell like Mary Jane, but the guys there are just so goddamn attractive. You should check them out at some point.”

I can back Boozerton’s statement that the frat houses smell like nobody has taken a fresh breath of air in years. I think frat houses should be open to people so everyone can have that wonderful experience.