This week’s plant is a doozy; rumor has it that it's the easiest plant to care for 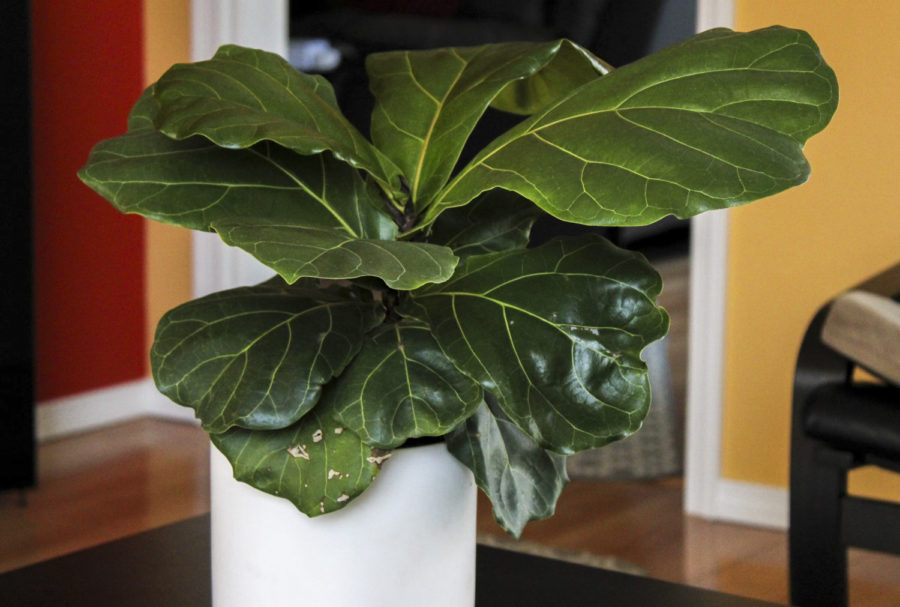 This tree originally was over four feet tall, but was cut down to two inches.

The notorious F.I.G aka the fiddle leaf fig (FLF). This is seriously one of the most beautiful indoor trees you could own. I own one, and I’m so in love with it.

These trees are perfect for any corner in your home, the tighter the corner, the better.

Light? They don’t know light. They don’t need light. Light is not their best friend.

Water them with about a cup of water a week, no matter how big or small it is. That’s how easy they are.

They definitely don’t need a drainage hole; they love to have soggy roots and to stand in a ton of water.

These plants are the biggest bitch in the plant community, everything I mentioned before is just the myth people gave this plant; they are the pickiest things ever.

Trust me when I say do not follow any of those instructions. I killed two already, and I’m currently reviving my third.

These plants NEED to be directly in front of your brightest window, no matter how weird it looks. Basically, you have to plan your entire home around them, which is kind of annoying, but they’re so pretty that it’s worth it.

These bad boys are thirsty, but not too thirsty. I water mine until water is draining out of the holes in the pot, which newsflash, are mandatory!

I water mine like that about once every week and a half to two weeks. I cannot emphasize this enough, DO NOT OVER OR UNDERWATER IT OR YOU WILL KILL IT.

Know what else will kill it? If you move it. You think that the west side of your house will look better with the FLF instead of the east side? That sucks, you’ve got to buy another one because if you move it, it will drop all of its leaves and just be a stick in a pot.

I ordered my first one online before Thanksgiving break 2019. A huge winter storm held the plant up in the Midwest, so I got it when I was back home, and couldn’t unbox it for another week. It was a stick with dried leaves. Basically, it went to the dumpster instead of a pot.

I was given a replacement, free of charge, which is currently reviving in my home. I didn’t understand that this tree is essentially a toddler who likes to throw fits. Mine threw one, and I chopped her down to about a two-inch stub, but she’s regrowing and looking great. The other one I mentioned, my third, was purchased in between those two. I got it from Pullman Building Supply.

It was doing great, until one night, my roommate “accidentally” watered the plant with vodka instead of water and it died within three days. So maybe don’t do that.

If you have time to deal with the toddler of the plant world, invest in a fiddle leaf fig. But if you don’t think you can handle that responsibility, try something a little easier (basically any other plant.)