Issue brought up to ASWSU Election Board Tuesday; majority of students not affected 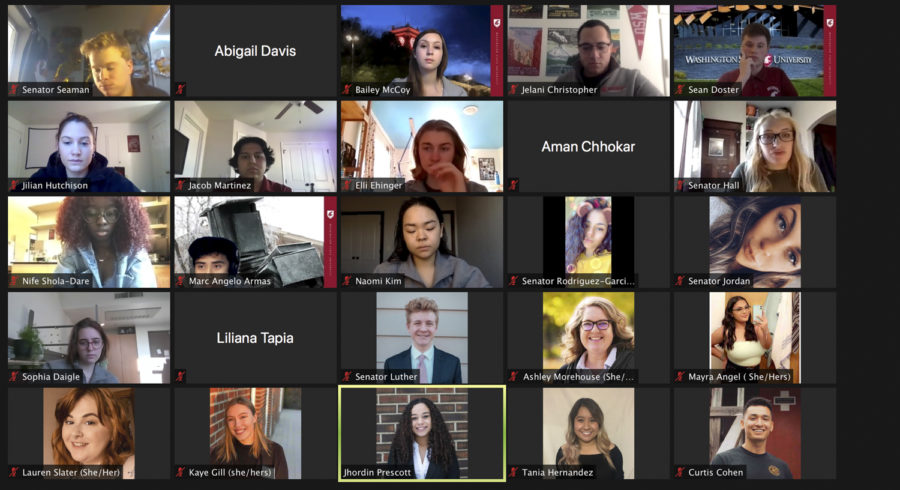 ASWSU Senators discussed during a meeting Wednesday that some students may have potentially read the wrong information for a referendum while voting in the ASWSU elections.

While filling out her ASWSU election ballot, ASWSU Senator Oluwanifemi “Nife” Shola-Dare said information about the transportation fee was included in the food pantry fee proposal.

Another ASWSU Senator experienced something similar. Shola-Dare said she is worried more students were affected and that results for the proposal are skewed.

“I don’t have any confidence in the votes that were collected from yesterday and today because of that,” Shola-Dare said.

ASWSU adviser Ashley Morehouse said the issue was brought up to ASWSU’s Election Board adviser yesterday. Two different sections of information technology personnel went through the entire election ballot to determine what the issue was.

The only students affected are those who do not have a clear cache, she said.

“That was literally the only thing that they could come up with as to why that’s happening,” Morehouse said. “For the majority of people, it is going to the information about the referendum.”

ASWSU vice president Sean Doster said they may need to go through the ballots after voting closes and audit the results.

Prescott said Academic Affairs explained the hybrid format for fall 2021 during a recent informational town hall. Students should expect some in-person element that will require them to be on campus.

Prescott said some students expressed concerns about mandatory attendance when students may have COVID-19.

Alongside various ASWSU Senators, Kostecka is working on creating an official resource page. The goal is to make sure the page is inclusive toward all student groups on campus. It will contain resources students may not already have access to, Prescott said.

Kostecka is also working with Adobe liaisons to figure out how much Adobe Acrobat will cost students and faculty members, she said.

Potential funding for Adobe may come from the Coronavirus Aid, Relief, and Economic Security Act or through requesting the WSU Athletics’ proposal for additional funds be applied toward Adobe access.

Prescott also read a written statement from Patrick Johnson, ASWSU director of health. Freshmen will be allowed to have roommates for the fall semester and residence halls will be at full capacity, she said.

There are general meetings where those involved in the organization discuss various topics like the COVID-19 vaccine and self-love, she said.

“To let everyone know that they’re loved,” she said, “and just like mental health is really big right now, especially being online.”

Tapia said there are fewer members a part of the organization because of the online format.